A fast-growing electrical contracting business based in the Hills District of Dural, New South Wales, MD Industries, has added a new M-16U Huski Construction Equipment mini excavator to its fleet - based on the impressive performance of its longstanding Toyota 5SDK5 Huski skid steer loader.

MD Industries director and project manager, Matt De Bono, started his electrical trade 20 years ago and self-started his current business, which he describes as "Multi-disciplinary," 15 years ago.

"We are mainly electrical contractors but we cover a lot of fields and also do project work, providing entire customer solutions such as demolition, fit-outs, a whole range of works," said Mr De Bono. "Because we cover so many areas, we can wrap it up as a package: do all the excavations, trenching, footings, the civil works, concreting, and of course the electrical side of things. We also provide 24-hour everyday quick response.

"At the moment we're focused on building a network of electric car-charging stations throughout New South Wales. When it's complete, and it's due for completion by June 2021, you'll be able to find one every 150 kilometres, all the way to the state borders."

Given the regional nature of the network, MD Industries faced logistical challenges in terms of transporting a 2.5 tonne excavator to job sites, as Mr De Bono explained: "We go to some pretty far-flung places and it was just too big, heavy and expensive for towing. We were hiring excavators in rural areas but the further we went; it was getting harder and harder to find machines. We were travelling an hour just to get a machine and then an hour back."

The business needed something lighter and smaller, yet still powerful.

"When we started out, we didn't have a skid steer loader. But as the business grew, we realised we needed those wide-ranging capabilities that the Huski 5SDK5 provides.

"It has helped us perform duties more efficiently. The Huski skid steer loader definitely makes life a lot easier for us and it's fair to say that it has helped our business grow.

"Likewise, our business growth and the size of our recent electric car-charging station commitments really spurred the decision to get our new Huski mini excavator, making it quicker and easier to finish our projects."

"We needed a smaller machine but one that could also meet our needs in terms of power.

"We looked at the smallest one in the range but after speaking with Peter we realised we could go up in size in order to allow for it doing that bit more, without it affecting our transport.

"The new 1.6 tonne Huski is in a different class to our larger machine but for the size of it, it is very powerful and more so than the 1.6-tonne equivalent from another brand. It performs very well, having excellent break-out force for its size.

MD Industries also favours Toyota passenger vehicles. Mr De Bono said Toyota reliability is a continuing reason for it to choose the brand. "We also have a HiLux ute which has proven very reliable," he said. "With the lower weight and compact size of the Huski mini excavator, we can use the HiLux to tow the new Huski digger on a trailer, so that lets us get around without having to worry about trucks."

Mr De Bono optioned the M-16U Huski mini excavator with a quick hitch for attachments, which he said, "Is handy", adding that "the zero tail-swing is also a nice feature.

"As we expand, we will definitely be adding more Huski and Toyota equipment to our fleet - most likely a forklift. We use the Huski skid steer loader like a forklift but obviously it doesn't have the same full functionality."

He said dealing with Toyota Material Handling Australia service technicians and sales managers has been another reason to stick with the brand. "Our relationship with TMHA has been excellent and is a part of the reason we went with the Huski mini excavator as opposed to other brands.

"The major factor, though, was the performance of our Huski skid steer loader, It made the decision simple." 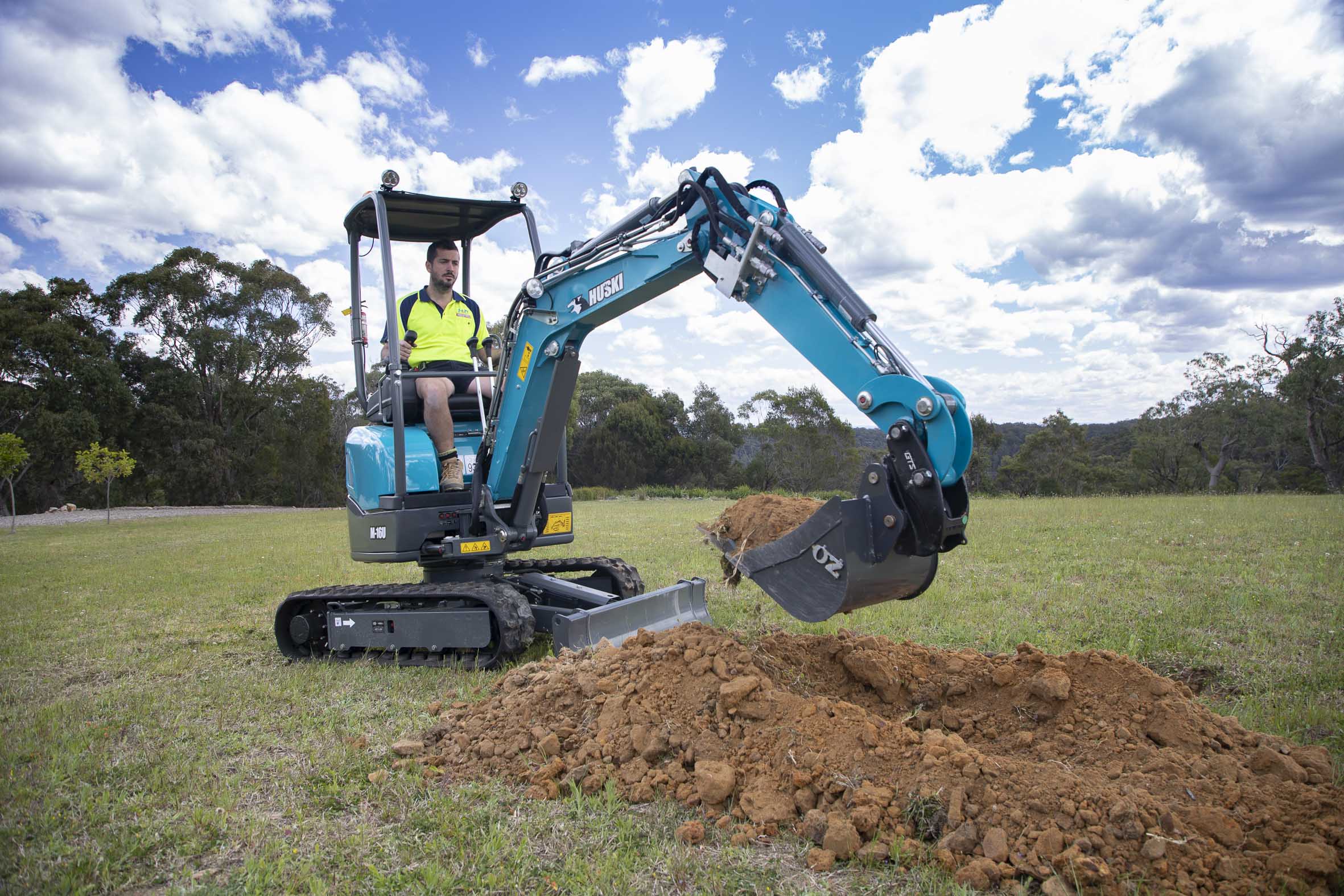 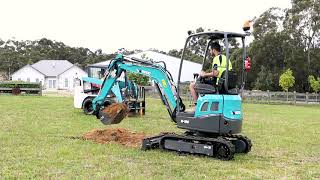