The decision to add such a large and comprehensive amount of material handling equipment to its fleet at-once didn't come lightly for Arcadian Organic & Natural Meat Co. 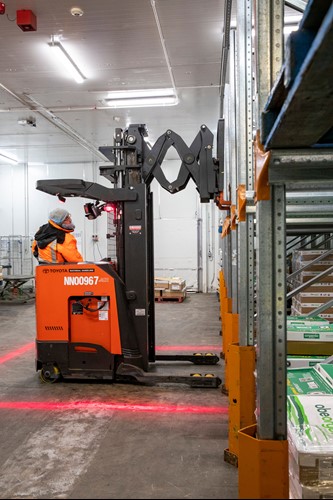 Chief operating officer, Rick Vella, said catalysts for such a significant investment in the new material handling equipment fleet included his past experience with TMHA, business expansion and unreliability of the preceding fleet.

"My employment history has included being a warehouse manager for many years in Sydney, so obviously being in charge of the material handling equipment," said Mr Vella. "I had various different equipment suppliers in that role but ended up with Toyota and they were my equipment supplier-of-choice when I left that role."

The business' growth has included major expansion to its plant operations in West Gosford that has allowed it to expand into other non-meat organic food categories.

"So we went through the checklist of our requirements, the number one consideration on our scorecard was reliability and, paired with that, regular servicing and strong customer service.

"Up-front price was one consideration but when you're examining suppliers you've got to balance the scorecard with a longer-term view.

"It's about having equipment that you can rely on to perform in the long-term, in order to recover your investment costs. That is just as important, if not more-important than the initial upfront purchase price.

"Price is important but more-important is reliability. The lack of reliability and downtime we were getting from our old equipment was costing us, and it was unacceptable.

"So with Toyota being able to assure us of more up-time, that was a big consideration when specifying the new fleet. The quality of equipment, the reliability of the equipment and it's functionality. Yes, they were definitely key factors."

Mr Vella said the equipment specification process with TMHA was ably assisted by TMHA area sales manager Allan Peacock. "Allan was very clear and concise. He's a good operator made it really easy to deal with him. Easy and seamless, is how I would describe the specification process."

"Allan went above-and-beyond the normal process in that we wanted to check the proposed Toyota equipment would be suitable for our tight spaces and also to ensure our operators got comfortable with them, given they were coming from a different brand. Allan brought some units out to our site but other models were on a different order timeline so he took us out to see them at existing customers' sites. So we were able to trial them, there, which was a really helpful exercise."

The addition of the Huski Construction Equipment SV06ENS E-Series 6000mm electric Scissor Lift was specifically requested by the operators. "We had a stock-picker which was good for single-person usage but a lot of our jobs require two people simultaneously and our production lines are long with narrow aisles," explained Mr Vella.

"So the Huski scissor lift is perfect for those jobs, it gives extended reach to get into some spots that are quite difficult to access. This has been fantastic and our team really likes it."

Yet another Toyota Advantage that resonates with Mr Vella is Toyota's World Leading Safety. "Particularly because we operate in restricted spaces, the safety features of Toyotas such as the stability system was a definite advantage and provided peace-of-mind for us."

"We also considered the safety considerations such as Toyota forklifts System Of Active Stability and safety which also ties into Toyota's I_Site fleet management system which we absolutely rely on, in order to help maintain safety, efficiency and accountability in the warehouse. I consider the I_Site system to be a prerequisite when you've got a lot of people working in a factory."

Having had its new material handling fleet for over 12-months, Mr Vella reports virtually no issues to date.

"We haven't had any bad problems and that rewards my buy-into the Toyota brand. I actually do think it's great equipment, it's a great offer." 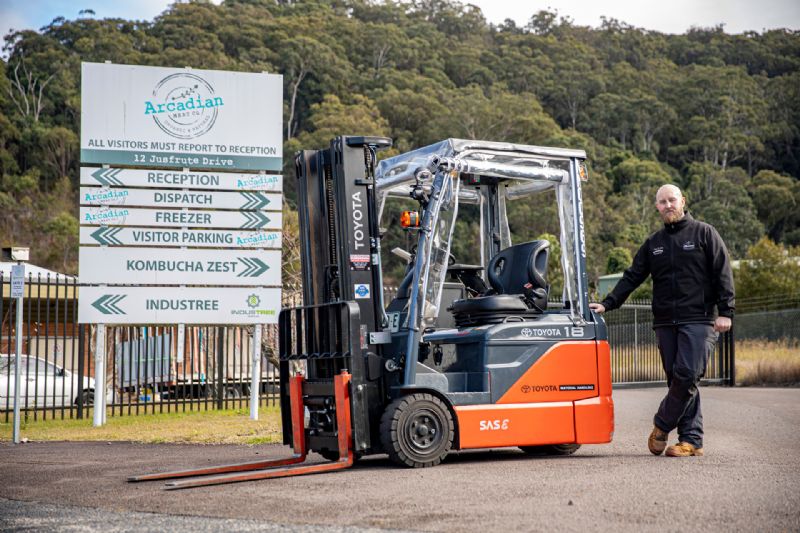 Arcadian Organic & Natural Meat Co. has changed its entire fleet of material handling equipment to be exclusively supplied by TMHA, gaining several efficiencies and advantages. COO, Rick Vella, said catalysts for such a significant investment in the new Toyota equipment included his past experience with TMHA, business expansion and unreliability of the preceding fleet. 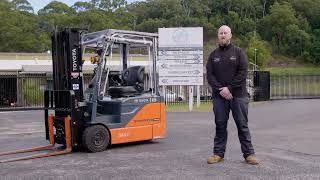