INSIGHT - Autonomous Forklifts Will One Day Be An Automatic Choice

When you read the newspapers it's pretty obvious that the next big thing coming in the car industry is automation, and at a level we've never experienced before. So-called self-driving cars are well and truly in prototype production and experts are making all sorts of optimistic predictions as to when we'll see them in everyday use.

I'm not certain it will be anytime soon. The whole concept is creating dilemmas, not only at operational and financial levels but also ethically. The question is, at what stage should a driver on a public road divest control to a machine?

Perhaps the automotive industry could look to the material handling sector for some of its solutions.

For some time we've been operating semi-autonomous forklifts that are intended to not only streamline functions like picking but also make it safer and more cost-effective. In Melbourne only recently Toyota Material Handling Australia introduced a new driverless electric pallet forklift, the first of its kind in this country.

One of its main advantages is, of course, productivity. But the secondary benefit of risk reduction on the warehouse floor is also stacking up pretty well as a reason to embrace this new technology.

I've seen it in multiple forklift use in Europe where it's been integrated into large warehouse management systems, and it works so efficiently that it actually contributes to risk minimisation. The system we've introduced is called Autopilot and it fulfils the immediate task of bridging the gap between driverless automation and manual control.

Using laser guiding Autopilot is able to pick, carry and restack over a substantial area without the need for an operator, it simply reverts to manual operation if and when required.

The productivity advantages are pretty obvious. It can work 24/7 without a break, fulfilling a workload requirement better than any other method. The safety advantages have been proven in European operation and we'd expect the same to be the case here. It may seem a bit flippant to say, but Autopilot could actually win an award for courtesy: it's programed to detect obstacles in all directions and to give way accordingly.

As you'd expect TMHA has invested strongly in supporting the new technology. We've appointed a specialist systems manager and a service operator and they're going to be watching the initial installation especially with great interest.

One of the major attributes for a business owner is the projected payback on the system. Our calculations show that in normal one-shift operation Autopilot will pay for itself in less than two years, which is pretty good when you consider the far longer operational life of the forklift.

On so many levels it's a positive step forward for businesses and their employees alike.

And while it's a solution in itself, when you look at the rapid advance in technology it's obvious that it's also just the start of a revolution to come, one of the reasons we've got in now on the ground floor. 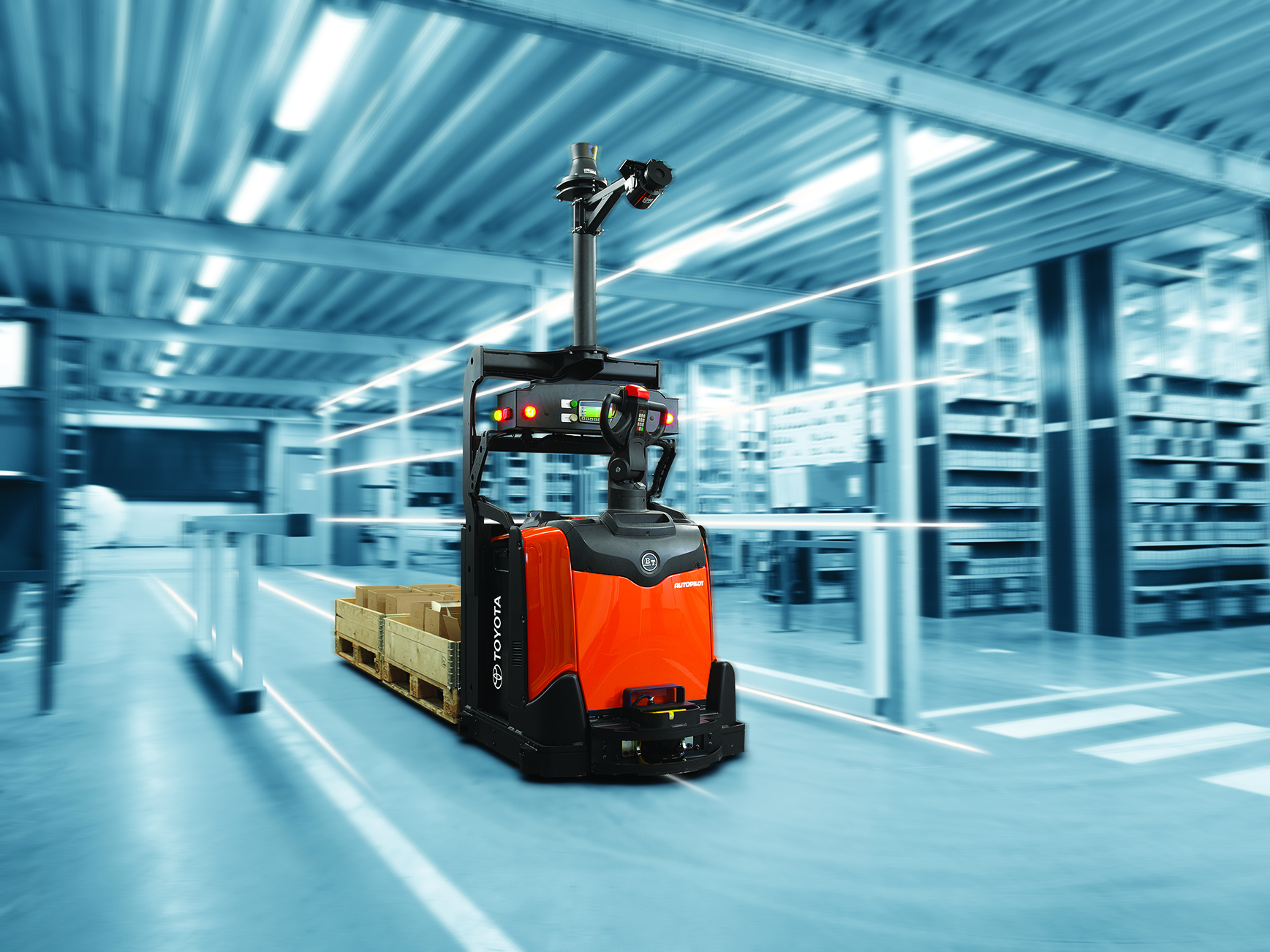