The TMHI President's Award is the highest honour available in the global Toyota forklift awards category, with some 72 TMHI distributors competing annually.

TMHA president and CEO Steve Takacs said that he was thrilled to once again see TMHA take the number-one position, internationally.

"Winning our global parent company's most- prestigious award for the fourth time confirms the continued strength of the TMHA business - especially against increasingly strong competition around the world," said Mr Takacs.

"It is a real feather in our cap and a humbling, yet fitting reward for all the hard work done by our staff to deliver industry-best sales, service and parts support for our customers, nationally.

"Our efforts will continue and we look forward to building on our successes throughout 2020. 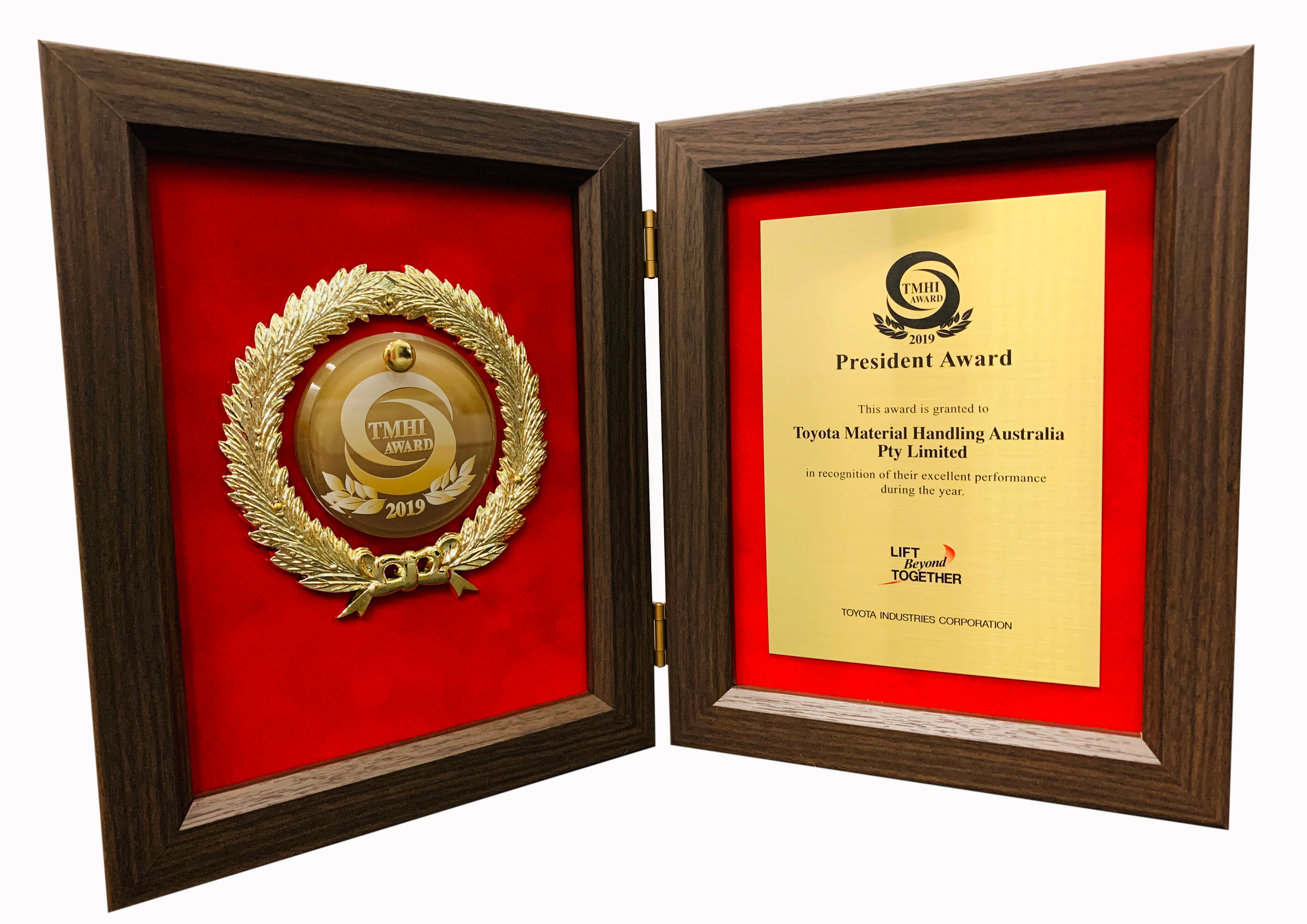 This is the fourth time in the last five years, TMHA has won the International President's Award