"Mallawarra Landscapes is a long-time Huski skid steer loader customer and its owner, Robin Cousins, recently upgraded to two new models, an 4SDK4 and a 5SDK8," said Mr. Machar. "Robin traded in his old 4SDK4 for a new one, but kept his old 4SDK8. That machine had been put to work in the landscaping business for over two decades."

Mr. Machar points to Mr. Cousins' modesty, describing him as something of a landscaping artist: "He might not describe it as such, but Robin operates a pretty 'high-end' business, specialising in low-maintenance and water-friendly native gardens.

"He's very selective about his customers and prefers quality over quantity. He is quite fastidious and very particular when it comes to his equipment.

"Robin had a great run out of his previous Huskis, so it was a natural option to purchase the same again, when his other machines were getting old."

Mr. Cousins started out in landscaping in the 1980s, with a friend who had done his diploma of horticulture. "I had been a successful lawnmowing contractor and that bought me a house. After that goal, decided to go into landscaping with my mate. He knew all about plants and I knew about dealing with clients. So off we went, and we learned together.

"Later he started his own landscaping business and I've been doing mine for 40 years now. And in that time, I've never had a paid day off!

"I love it, though. It's been great. I've met lot of interesting people and it's provided for my family; my children, and I now have grandchildren so I suspect I might be nearing retirement, but I have a few more years, yet."

Mr. Cousins started out using a different brand of loader but soon made the shift to Toyota Huskis and hasn't changed, since. "I originally bought another brand loader for the business, but they were changing to more complicated models, which I didn't like, so I went to Toyota and bought a brand new Huski. I don't drive other brands, anymore.

"I bought my first Huski 25 years ago. Then a Huski 4SDK8 and that's still only got a couple of thousand hours on it. It's still in great shape."

Mr. Cousins' business model is atypical in that he prefers to buy his equipment outright, despite comparatively low usage.

Such was the case when it was time to buy a new Huski 5SDK8. Mr. Cousins considered trading in his older version, but instead decided to keep his old work companion up his sleeve.

"I was going to trade-in the old (4SDK8) eight but it has such low hours, and I had no loan on it so decided I'm going to keep it for doing some casual contracting in my 'retirement'. When I finish up the business, I'll sell the others off."

"We've looked after the old 4SDK8 as best we could. We've always done the usual maintenance by having Toyota service it and it was always garaged in the factory.

Mr. Cousins said the machine turns back the clock when it comes to tough jobs. "It's still a very powerful machine.

"That said, there are lots of things I like about the new eight. It's got a much better interior system and the safety features such as the new automatic locking system - you have to push a button in order to get the thing moving - are improved.

TMHA's Thomas Machar said Mr. Cousins appreciated other benefits of the new model. "He said the hydraulic controls of the 5SDK8 are much nicer to operate and significantly better from a maintenance perspective. The visibility all round is much improved from what was already a great design, the hydraulic system was improved and the wheel motors are larger."

So has his old 4SDK8 proven TMHA's reputation for quality, reliability and durability? "Absolutely. It's been a fabulous machine and it still is. Eventually it'll go to someone else, but for now I'll be hanging on to it. It has a lot of life left in it, yet.

"I choose Huskis because they are my favourite machine. I love the way they drive and I love that they just keep driving. I jump into it and it's like putting on an old pair of jeans - it's like a natural extension of myself." 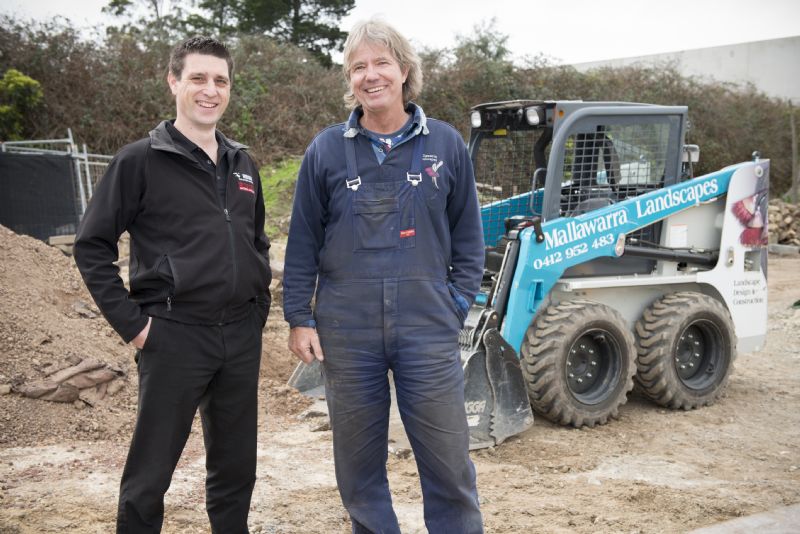