The TMHI President's Award is the highest honour available in the global Toyota forklift awards category, with some 72 TMHI distributors competing annually.

Toyota has led the Australian forklift market uninterrupted for the last nine years.

"Winning this award for the third time against increasingly strong competition around the world confirms the continued strength of the TMHA business," he said.

"It is a real feather in our cap and fitting reward for the hard work by our 750 staff in delivering industry best service and support nationally for our customers.

"The TMHI President's Award recognises sustained growth in the business and improved safety for our staff.

"The Japanese highly value what is termed business levelling and we would term consistency, and TMHA has achieved that with sustained growth in profit and market share," he said.

"The criteria for Vision 2020 was to create a plan for where the business is heading in terms of structure, growth, human resources, finance and legals - in fact all areas of the business.

"We had to submit a full plan across the nation for all aspects of the business. And not just a plan; we had to demonstrate the capacity to implement the plan with infrastructure and business development.

"It is our goal to be the Australia's trusted total solutions supplier for all our customers' warehousing and material handling needs," he said. 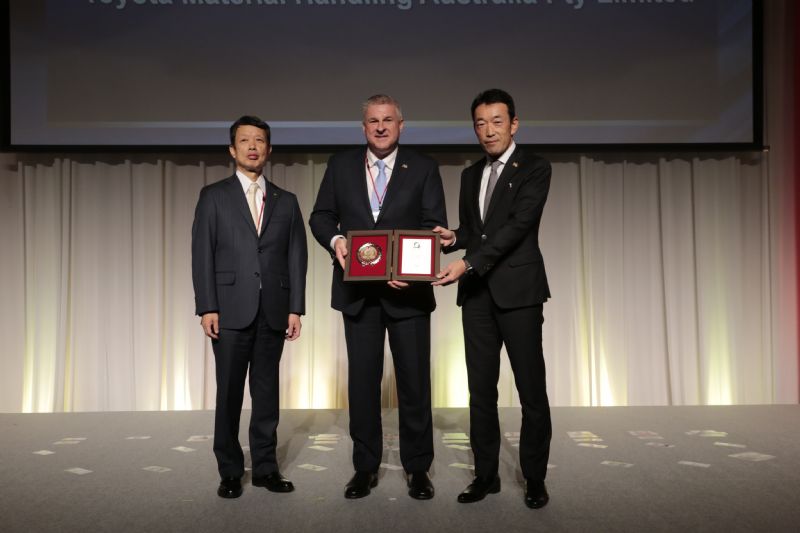