Countless hours of technician study and practice were put to the test by Toyota Material Handling Australia (TMHA) during its recently held National Skills Competition at TMHA's Training and Development Centre in Moorebank, New South Wales.

The annual competition saw 160 forklift technicians and apprentices from across the TMHA national branch network complete two online exams, the first whittling the field to 68 and the second determining 15 finalists. Six apprentices and nine technicians then put their knowledge and ability on display over two days of theory- and practical-based exercises covering TMHA's Toyota, BT and Raymond brands of forklifts and warehouse equipment.

TMHA President & CEO, Steve Takacs, said the National Skills Competition is important on a number of levels. "It's an investment in the skills of our technicians and apprentices. It helps ensure they have a high level of product knowledge and the abilities required to remain at the forefront of industry standards," said Mr Takacs.

"Conducting the skills contest provides real benefits. It has been proven to support high customer satisfaction rates thanks to less downtime and increased efficiency for all our business partners.

"It's also just reward for their efforts in continually up-skilling. The Apprentice of the Year component in particular allows budding technicians to test themselves against the country's best."

Mr Takacs said the competition is also important to him, personally. "I started out in this industry as a Toyota technician so I know the importance of skills training. It's something we have run for over a quarter of a century and something we will continue to support as part of our commitment to maintaining industry-leading service standards."

Mr Takacs said this year's TMHA National Skills Competition also coincided with TMHA celebrating 50 years of forklift sales in Australia. "So it was a particularly special event. Toyota sold its first forklift in this country in 1968, and now holds almost 40 per cent of the Australian market, and the number eight position for sales in the world."

This year, nine technicians specialised in one of three brands - Toyota, Raymond and BT - for the practical component and also sat an exam covering all three brands to determine the overall Master Technician.

Michael Chattin of TMHA Albury rose from a field of six to become Apprentice of the Year 2018. As part of his prize, Mr Chattin will attend an Educational Factory Tour of an overseas Toyota forklift production plant, as will Master Technician Winner, Luke Kuschert. All brand winners received a $2000 cash prize and all participants given Makita power tools.

In June, all winners were presented with their awards and prizes at a national TMHA awards function by Mr Takacs and TMHA Chairman, Toshi Nakazawa. 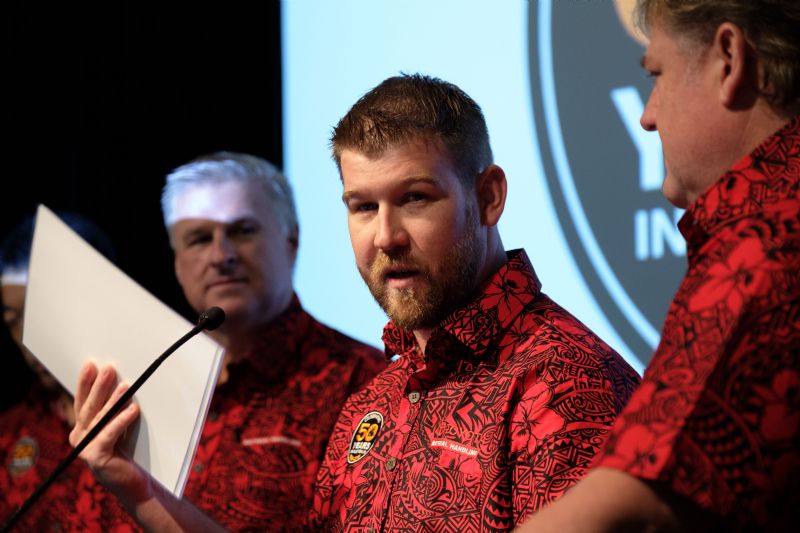