A progressive Melbourne landscaper has commissioned a Toyota Huski skid-steer loader after trials with several machines confirmed its superior performance and quality.

The 4SDK4 is the smallest machine in the Toyota Huski range, but it was the only loader company principal Brian McLeod trialled with the reach to fully load his tip truck.

“We’ve trialled several machines, all stand-behind type loaders, and this was by far the best,” Brian McLeod said.

“The others didn’t have the reach to fully load our tip truck.

“The other factor was reliability and durability. We had a budget-priced machine and it gave trouble from day one, so we were happy to upgrade to a machine of the Toyota Huski’s quality and have been impressed ever since,” he said.

“It is quicker, digs and pushes better and is more reliable,” he said.

“In addition to those product features, it has the overall Toyota Advantage of the company’s legendary QDR (quality, durability and reliability) and is backed by the nation-wide TMHA product-support network.”

Brian McLeod founded Mr Mac Landscaping in 2004 and was recently joined in the business by his son Daniel.

Based in Altona, it has a staff of five and a busy work schedule that ranges from Frankston in the South East, north to Wallan and west to Armstrong Creek, near Geelong.

The company’s main projects include landscaping for housing and child-care centres. 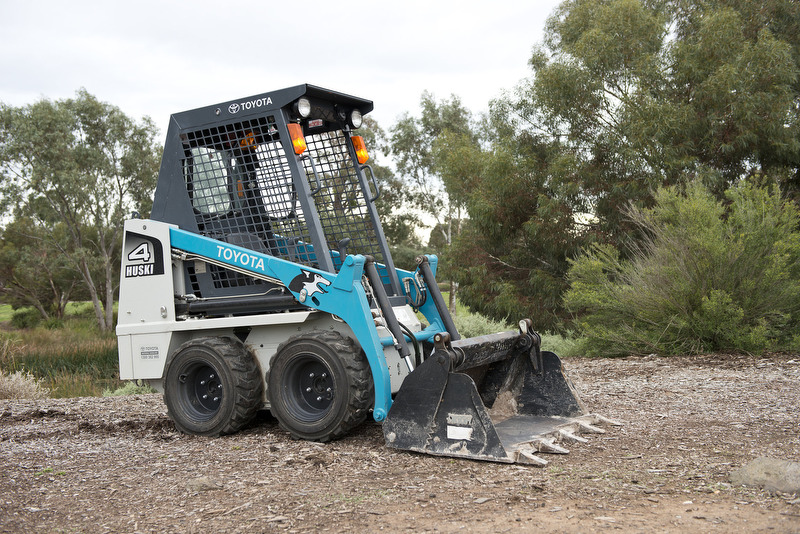