The TMHA display at the Melbourne Convention and Exhibition Centre covered two, 72 square-metre stands and doubled as a flagship event for the company's 50 Year anniversary celebrations.

Toyota sold its first forklift in Australia in 1968 and has now enjoyed nine uninterrupted years of national forklift market leadership.

Highlight of the TMHA display at Megatrans was the working display of a Toyota BT Optio OAE 120CB AGV Autopilot order picker.

In addition, the display featured engine powered and battery electric Toyota forklifts, along with a range of TMHA warehouse equipment.

TMHA is also showed a Bravi Sprint lift platform and a range of pallet racking.

TMHA president and CEO Steve Takacs said the company presence at Megatrans was another opportunity to celebrate both the 50th anniversary and Toyota's on-going commitment to supporting the Australian market.

"Added to that we showed Bravi work platforms, and our extensive range of racking." 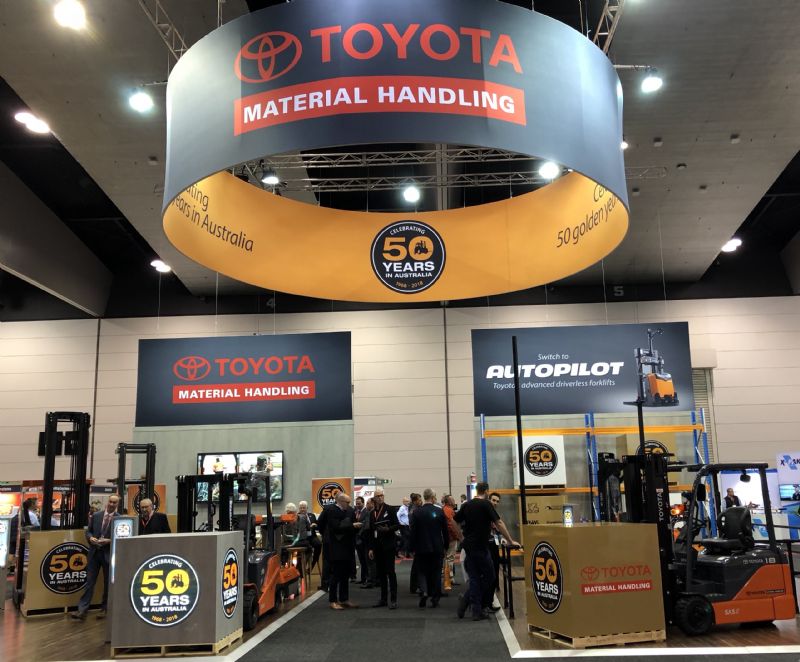 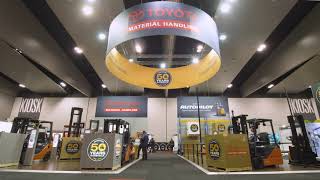