One of Australia’s fastest-growing battery companies is sourcing forklifts from Toyota Material Handling Australia (TMHA) as it expands.

The centre is 20 minutes from the Melbourne docks and hence the main Victorian receiving centre for containers of stock.

The other new Toyota forklift is the 8FG25, both units are at the distribution centre, as well as the Bravi stock picker, all part of a company move to an all-Toyota fleet.

Mr Handley said the company’s decision to use Toyota forklifts was based on safety, efficiency and operator comfort.

“The company has been in business 22 years and two years ago we began switching to Toyota forklifts across our 20 stores nationally.

“Toyota forklifts are much more comfortable for the operators than our previous units.

“Overall, the Toyota forklifts provide greater efficiency and safety: they are a more stable forklift,” he said.

Mr Handley said there we have a great working relationship with the team at TMHA.

“We can assist with optimising business flow, driving down costs and increasing productivity through the integration of Automated Guided Vehicles with pallet racking solutions,” he said.

In addition to its massive product range, TMHA provides the Toyota advantage, including quality, durability and reliability, industry-leading forklift safety with its System of Active Stability, and a nationwide parts and service network.

R & J Batteries is one of Australia’s fastest-growing battery companies and supplies batteries for automotive, motorcycle, commercial, industrial, deep cycle, marine and solar applications, through its 20 stores and 6500 stockists and distributors. 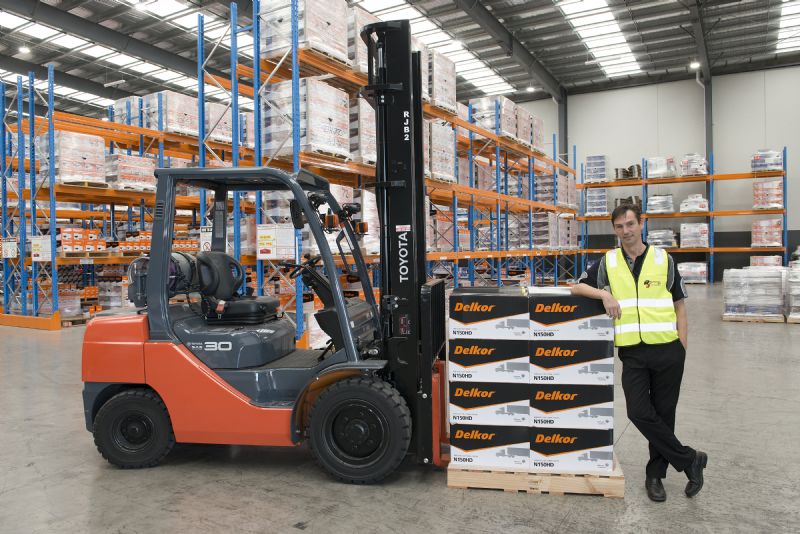