Toyota Material Handling Australia's (TMHA) Melbourne branch was the major winner in the company's 2016 National Sales and Service awards, announced at a gala dinner on the Gold Coast.

TMHA Executive Vice President and COO Steve Takacs congratulated the winning branches on their solid performances in a competitive and strong year for the brand, nationally.

"The results reflect the growth and confidence from the entire TMHA network," Mr Takacs said.

"Seeing many deserving winners and some very close competition between branches is a reassurance that our determination to remain a strong number-one position is driven from within."

TMHA Melbourne was named as winner, Metropolitan (Tier 1) Branch of the Year award.

TMHA Melbourne was also awarded Best Service Department of the Year with Tony Brandon from that branch named Service Manager of the Year.

Melbourne team member Darren Smit, won both the Sales Champion of the Year (Top Gun) award, and also the prestigious Major Account Manager of the Year.

Neil Nand from the TMHA's corporate accounts team was the 2016 Corporate Account Manager of the Year for 2016, an award he also won for 2015. 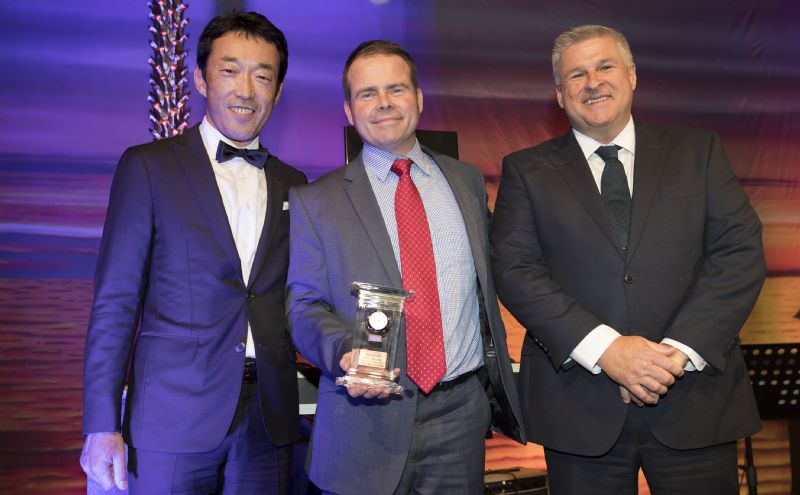