Following its debut at the famed Bathurst Mount Panorama motor race, it will follow a busy schedule of charity events and trade shows.

The brainchild of TMHA executive vice president and COO, Steve Takacs, the V8 Forklift is based on a four-tonne payload Toyota model.

"We sourced components from around the country," Mr Barty said. "The forklift was at our Newcastle branch. We purchased a Crate Chevrolet engine and the gearbox came from Adelaide.

"We had to engineer the engine installation, mating the engine to the forklift transmission and differential.

"Then were no guidelines to work from, so the whole project has taken 18 months, including overhauling the transmission and differential, and fitting disc brakes to the steered wheels."

Mr Barty said that after Bathurst the Toyota Material Handling V8 Forklift will be on hand for the annual auction of the season's first cherries at the Sydney Produce Markets.

"It will then be seen in the city at a charity event at Barangaroo, followed by some trade shows." 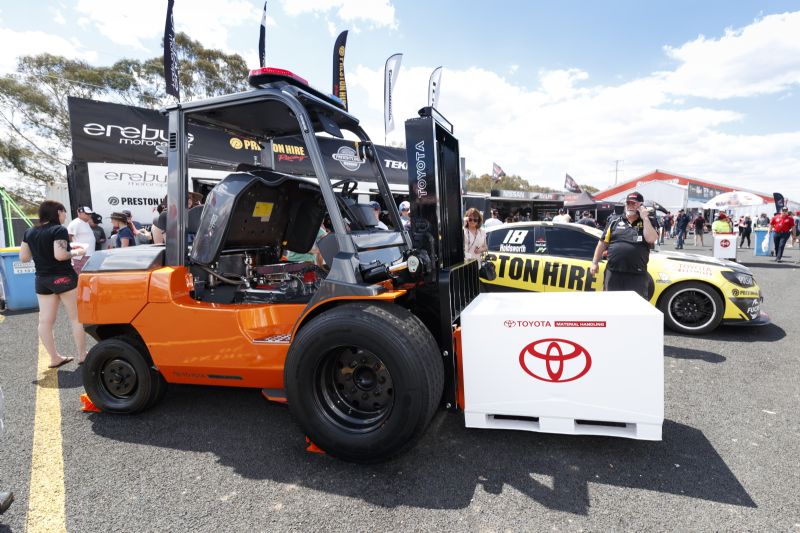