A Victorian food importer is poised to double its complement of Toyota forklifts after leasing additional warehouse space to accommodate rapid business growth.

"The business has quadrupled in the 18 months we've been operating," Darren Lloyd said.

"When we opened in 2015 we had another brand of forklift, but after eight months we switched to Toyota forklifts as they ticked all the boxes.

"The forklifts are flexible and reliable, the service back-up is excellent and our account manager is very responsive to our needs," he said.

"It is also used to unload containers using a labour-saving slip-sheet attachment, while the Toyota BT RRE200 reach truck works in high racking and narrow aisles," he said.

Lloyd Foods was founded 18 months ago when Darren Lloyd bought an existing food import business in Sydney before renaming it and relocating to Melbourne.

"We currently import 10 containers of food per week, sourcing product from a dozen different countries," Darren Lloyd said. "It is all shelf-stable product so it is stored dry."

Mr Lloyd has just returned from a major food trade show in Dubai.

Toyota's 8FG25 is the top selling counter-balance forklift in Australia and is widely used across many industries.

"The popularity of the Toyota FG 8-Series forklift range is based on proven reliability that means they keep on going in all environments, giving customers excellent performance, service and good value for money," Grant Owen said. 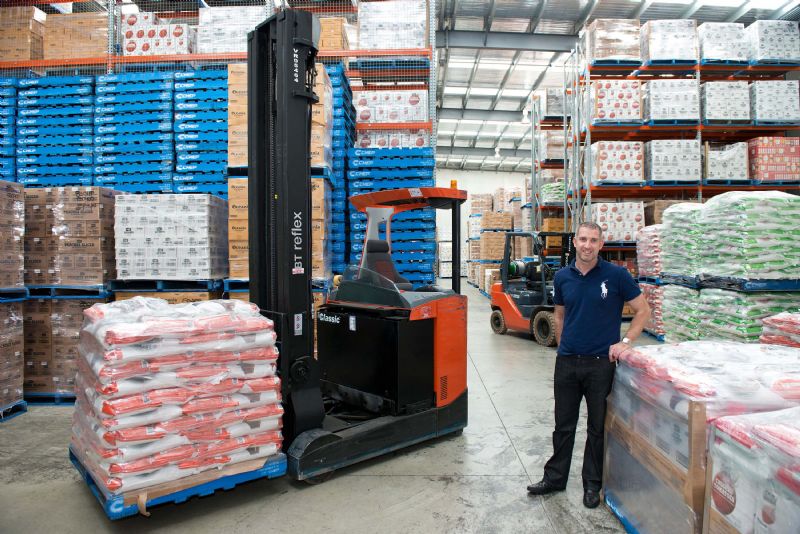