An iconic Victorian winery has made a dramatic saving in production time and major improvements in safety by commissioning a Bravi Sprint elevated work platform.

Yering Station Winery in the Yarra Valley commissioned the Bravi elevated work platform (EWP) in May, for checking and filling wine barrels in its cellar.

Winemaker Brendan Hawker said having the 5.3-metre working height platform saved using a forklift to pull down an entire six-metre stack of 228 or 500-litre French oak barrels, to check the wine or top-up a barrel. "It is also a massive time-saver," he said.

"We currently siphon from a height to 'top' our barrels, but with our new strategy using the Bravi we can employ positive displacement to move the wine up to the top of the stacks, using a small pump or pressurising a keg to dispense the wine.

"We're still rearranging the cellar to make room for the work platform between rows of barrels, however the improvements are already massive - with greatly reduced risk of dropping a barrel."
Mr Hawker said an empty 228-litre barrel weighs a hefty 30-40kg and around 300kg when full, with a 500-litre barrel weighing an imposing 550-600kg when full.

Major accounts manager at Toyota Material Handling's Melbourne branch, Adem Shemshedin, said Yering Station also has two of the latest-model Toyota 1.8-tonne payload 8FBE18 three-wheel counter-balance battery electric forklifts, for barrel haul and warehousing. "The winery has been a Toyota customer for more than a decade and there are also Toyota forklifts at other sites in the Rathbone Wine Group"

Yering Station at Yarra Glen was established in 1838 and is considered one of the jewels of the Yarra Valley region, with a landmark winery/restaurant complex and heritage architecture.

TMHA last year began distributing four models of fully driveable Bravi EWP, with working heights up to 5.3 metres and platform capacity up to 280kg. The unit at Yering Station has a material load capacity of 115kg.

The Bravi Sprint has already become the product range's volume-seller, suiting large retailers who need a fast and agile EWP solution in warehouses and on the shop floor, as well as commercial maintenance and building management operations such as window cleaning, ceiling repairs and replacing light globes.

Safety features include a cut-out in the hydraulic lifting system if the interlocking gate is not closed correctly, and an operator platform service lock.

Other features of the Bravi Sprint include a high-capacity, maintenance-free battery that can provide up to 30km travel with a single charge and six-monthly service intervals.

The Bravi Sprint can make a complete rotation on its axis, due to its innovative drive system - thereby maximising versatility in confined areas. 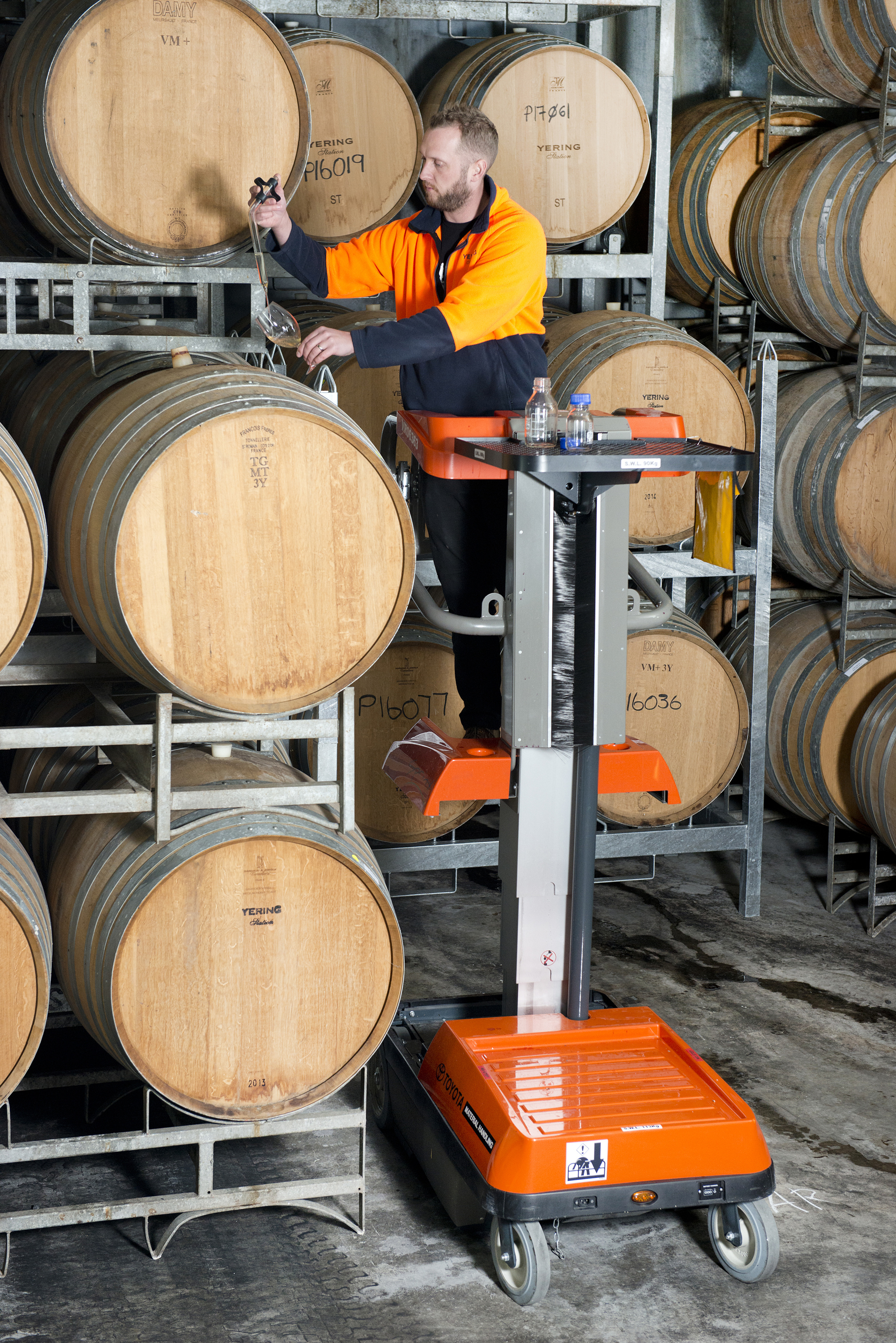