The Toyota Huski skid steer levels and clears the ground, and has an auger attachment to quickly and cleanly drill post-holes. It also has pallet forks for unloading trucks.

Galvanised steel fencing for sheep and cattle stockyards is manufactured on the job site as continuous panelling, using a coil feed-line machine which can now be loaded on and off the back of any truck using the Huski.

Company owner Troy Watt said the Toyota Huski had increased efficiency, by reducing the time needed to prepare the ground before erecting a fence.

"It has also given us greater flexibility," Mr Watt said.

"We have a Palfinger crane attached to our main truck, but having the Toyota Huski means we don't have to dig post-holes by hand when working under sheds and such.

"We've been very busy in the last few months and the Toyota Huski has helped us keep up with demand."

Mr Watt said the Toyota Huski was absolutely performing to expectation, increasing his satisfaction. "I have always wanted one and now I'm glad I do!" he said

"It is a pleasure to see one of our loaders help the operator of a thriving business achieve more output in a day, with less physical stress," Mr Rhodes said.

Toyota's Huski 5SDK-9 SSL has been proven across Australia. It has a 3.4-litre Toyota 2Z diesel engine delivering 44kW, an operating load of 730kg and a dumping height at 45 degrees of 2290mm.

TMHA offers a comprehensive range of Huski skid-steer loaders, from the compact 4SDK4 to the powerful 5SDK11. 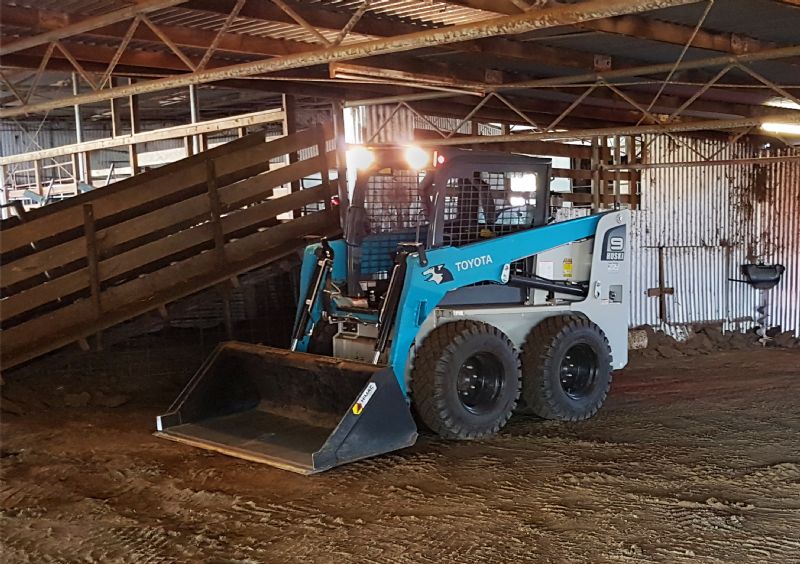