Construction Training Group based in Rowville has been granted a 12-month contract to provide government subsidised operator training to 1000 eligible construction workers. Its courses are already booked out for several months.

The 430kg operating load Toyota 5SDK5 is the most popular skid-steer loader in its class, making it a loader that trainees are likely to use in the workforce once they are qualified.

Construction Training Group director Darren Heyne said the company chose Toyota Huskis for its training program based on the quality of the 5SDK-5 model and Toyota's good reputation.

"Toyota has a good name, one that's synonymous with quality and reliability, so we knew the Huskis would serve us well," he said. "In fact, we carry out risk assessments on skid steer loaders every day across a range of brands as one of the services we offer within our business.

"After performing risk assessments with the Huski 5SDK5 we have found it to be one of the best out there.

"Tom was second to no one when it comes to service, pricing and friendliness. Everything was straightforward. It was a good experience and the after-sales service has been just as good."

Construction Training Group was founded in 2002 by Jim Gascoigne as Gascoigne Training and Jim's son-in-law Darren Heyne joined the company in 2008.

Today the company continues to support the building and construction industry and is recognised as a leading training provider for both individuals and organisations.

Tom Machar said Jim Gascoigne has extensive operating experience and "fell in love" with the 5SDK5 as soon as he saw it.

"He instantly recognised the quality and saw that it was the right size for their needs and offered terrific value for money at the price.

"Construction Training Group already had customers in their programs who work in businesses with Toyota Huski skid-steer loaders, and they have received a lot of good feedback on the Huskis," he said.

"TMHA services the loaders on site with our mobile service vans. The 5SDK5 has a 250-hour service interval, which helps keep servicing costs down."

It has the Toyota Safety System and full ROPS as standard equipment, and the option of four-in-one or general-purpose bucket.

The Huski 5SDK5 is one of six Toyota skid-steer loaders that cover operating loads up to the 900kg Huski 5SDK11, all sold and backed nationally by Toyota Material Handling Australia. 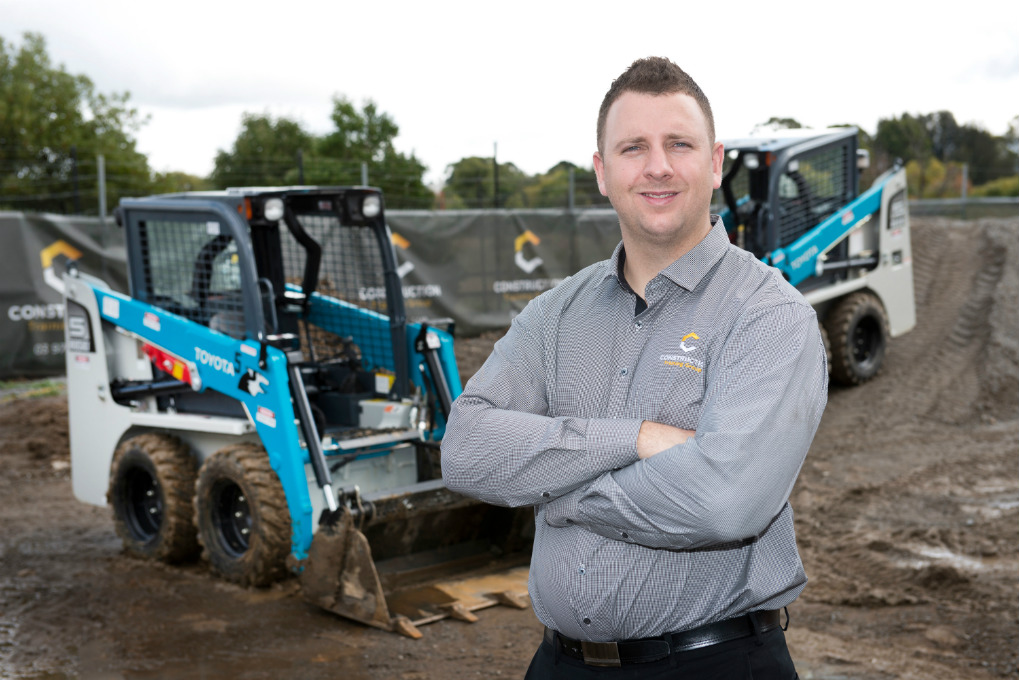