Toyota Material Handling Australia (TMHA) has announced the introduction
of a range of Automatic Guided Vehicle (AGV) driverless forklifts that will begin arriving in August this year.

For added flexibility the Autopilot-equipped driverless forklifts can also be operated
manually if required.

TMHA national sales and product manager - automation Tony Raggio said one of
the advantages of Toyota's AGV range is its similarity with the existing range
of BT pallet trucks, order pickers and reach forklifts.

"Our AGV-enabled driverless forklifts are essentially the same as their existing
manual counterparts, with the only difference being the addition of Toyota's
Autopilot technology," Mr Raggio said.

"This means operators can enjoy all the reliability, safety and durability
benefits expected of Toyota forklifts with the added benefits of automation -
while servicing and maintenance procedures remain unchanged."

The key advantages of AGV driverless forklifts include increased safety with a reduced risk of accidents, smooth workflow and greater reliability, and improved
efficiency.

"Another advantage is that, as a Toyota-backed product we offer full
nationwide back-up and support services - the same as for any other forklift or
other item of material handling equipment.

"AGV customers in Europe are reporting significant increases in
productivity as soon as they take up the technology, and we expect the ROI for
the AGV driverless forklifts to be between 12 and 36 months," Mr Raggio said.

For further information on the range of Toyota BT AGV driverless forklifts contact us on 1800 425 438. 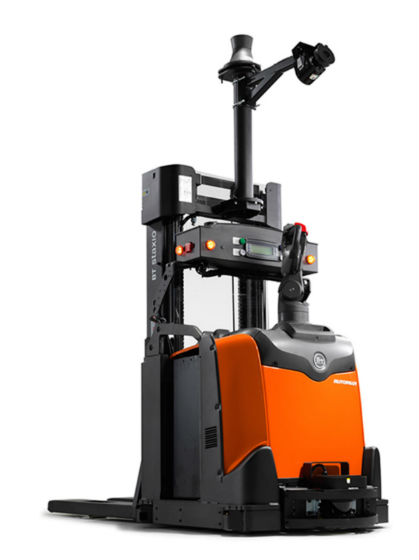