With a fleet of 60 Toyota rental forklifts and four mobile service vans, Latrobe Valley Forklifts services all the power stations in the valley and a large territory from Drouin in the east to the New South Wales border, and from the ranges to the coast.

Rob and Kelly Mustoe founded the family owned business in 2002 and it has been a TMHA agent since 2005.

Rob Mustoe praised the manoeuvrability of the new Bravi Lui 460 EWP, saying it is far better than anything he has previously encountered.

"We see the Bravi EWPs being very popular with local contractors - electricians, plumbers and maintenance mechanics," he said.

"I have already had interest from a lead-light window maker who needs a work platform to access church windows."

Mr Mustoe said he recently hired another service technician based in Leongatha to keep up with demand.

"The 2.5-tonne payload Toyota counterbalance forklifts make up the majority of the rental fleet, with a variety of mast specifications and features such as windscreens to meet all the OH&S requirements in the power stations."

He said the quality and low cost of ownership and operation of Toyota forklifts was the key to their popularity.

"They sell themselves," Mr Mustoe said. "No one asks you what Toyota stands for or what the quality is like; it is a given. The name Toyota says it all about quality."

"Rob and Kelly and their team offer the complete TMHA range of equipment from the Toyota, BT Lift Truck and Raymond brands, as well as Toyota Huski skid-steer loaders and now the Bravi elevated work platforms," he said.

The Bravi Sprint is expected to be the volume seller and is aimed at large retailers who need a fast and agile EWP solution in warehouses and on the shop floor.

At TMHA's request Bravi made a number of other changes to the standard specification to suit the local market. These include a safety feature that cuts the hydraulic lifting system if the interlocking gate is not closed correctly, operator platform service lock, and a recess added to the cover to enable it to be used for storage.

Other features of the Bravi Sprint include a high capacity, maintenance-free battery that can provide up to 30km travel with a single charge and six monthly service intervals. 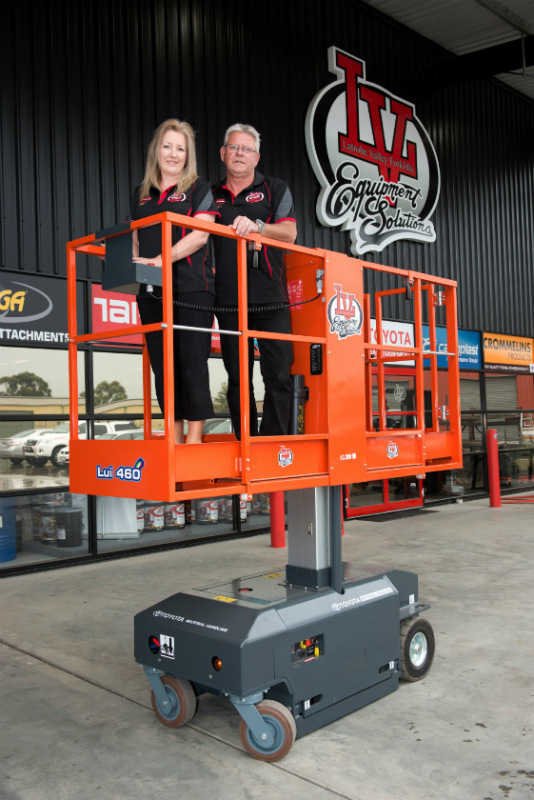