Toyota Material Handling Australia (TMHA) has praised the winners of its annual National Skills Contest as vital to its commitment in maintaining industry-leading training and service standards.
TMHA Executive Vice President and COO Steve Takacs said the National Skills Contest was an important part of its investment in the skills of its technicians.

"It is always pleasing to see TMHA branches from around the country being represented in the finals, which shows the high level of product knowledge across the country and in turn supports our position as the number one forklift brand," Mr Takacs said.

"The National Skills Contest has been proven to support high customer satisfaction rates, with less downtime and increased efficiency for all our business partners.

"The Apprentice of the Year component in particular provides the opportunity for budding technicians to test themselves against the country's best, and allows us to invest in their future and that of the entire TMHA business," he said.

The 15 TMHA forklift technician finalists who competed at its Moorebank headquarters in Sydney were made up of nine technicians and six apprentices who qualified from a group of approximately 160 entrants throughout the TMHA national branch network.

2013 Master Technician winner Aaron Lang, also from TMHA Brisbane, was the National Technician of the Year for Toyota products.

Rod Villeneuve from TMHA Melbourne took out the Raymond award, the only Victorian to claim an award at this year's contest.

The two-day contest covered a series of practical and theory-based exercises across the three brands of TMHA warehouse equipment - Toyota, BT and Raymond.

Those competing as technicians chose a brand to specialise in for the practical component and sat an exam encompassing all three brands to determine the winner of the Master Technician award.

All winners received a cash prize while the Master Technician and Apprentice of the Year will also travel to the Takahama forklift assembly plant in Japan.

The five winners were presented with their awards by Mr Takacs on 1 July at a gala dinner at the Four Points Hotel in Sydney. 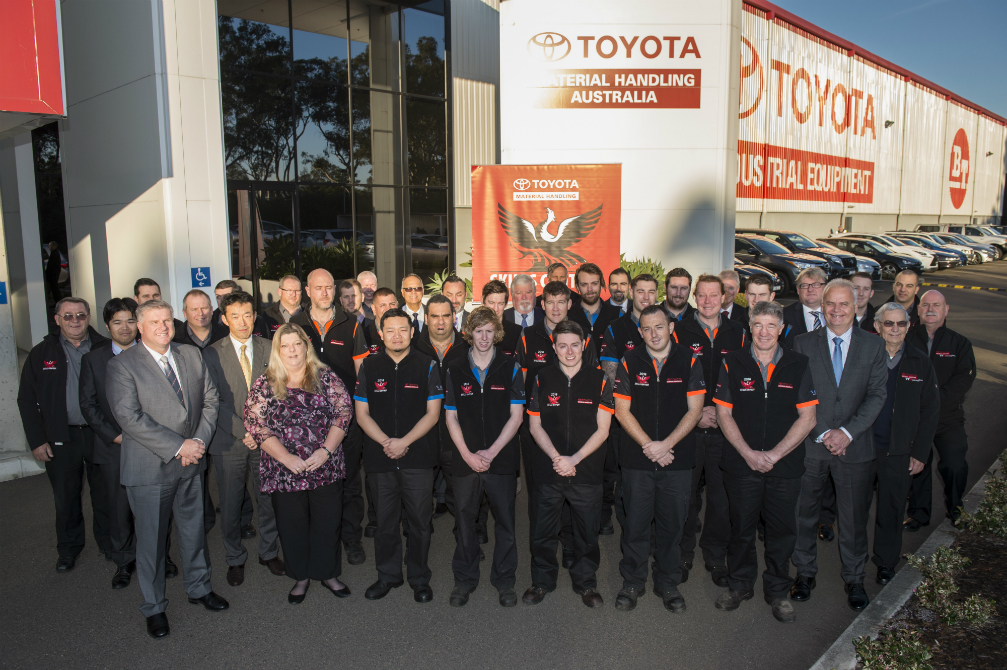