A leading farm equipment supplier has upgraded its material-handling fleet by commissioning 18 Toyota forklifts across its 11 branches in southern New South Wales.

Hutcheon and Pearce is a third-generation dealership for world-leading agricultural equipment manufacturer John Deere, and Toyota is a world leader in forklift design, safety and sales.

The 18 forklifts were delivered by Toyota Material Handling Australia's (TMHA) through Liftek.

Liftek has been supplying forklifts to Hutcheon and Pearce for the last five years and provides top-level product support through its eight fully equipped service vehicles.

Hutcheon and Pearce managing director Arron Hutcheon said the forklifts are the 'forgotten heroes' of the company's fleet.

"We want our staff to have the best equipment available to do their job," he said. "Our mixed forklift fleet had grown to over 20 forklifts as we have expanded over the years and acquired more dealerships.

"Some of the forklifts in the fleet were well overdue for replacement and when we started looking at our options, we soon realised we had two main objectives - to update the whole fleet to see us through the next 10 years, and to do this with a product that has the same 'practice what you preach' principles as the John Deere products we sell.

"This led us to Liftek and Toyota. We wanted a solution that could deliver on four key principles - product quality, reliability, dealer support and resale value - as we feel these are the same ones that give us our competitive advantage.

"We would especially like to thank (Liftek managing director) Chaise Staltare and his father Vince for their support."

With a quarter of a century as a Toyota forklift provider, Mr Staltare said the company's service support arrangements matched the needs of Hutcheon and Pearce and its forklifts.

"The 11 Hutcheon and Pearce branches are mainly spread out within two to three hours of the Griffith area in all directions," he said.

"All the branches are located in country towns that we already service, which gave us the edge for support as our eight fully equipped service and breakdown vehicles were travelling to the areas already."

Toyota's 8-Series forklift range had previously received a Special Mention in the German Design Awards in 2015 (the first forklift to do so) and won Japan's Good Design Award in 2014.

Key safety features of the 8-Series include Toyota's exclusive System of Active Stability, which helps reduce the likelihood of lateral roll-overs.

For further information on the Toyota Material Handling range, freecall 1800 425 438 or visit the website at www.toyotamaterialhandling.com.au. 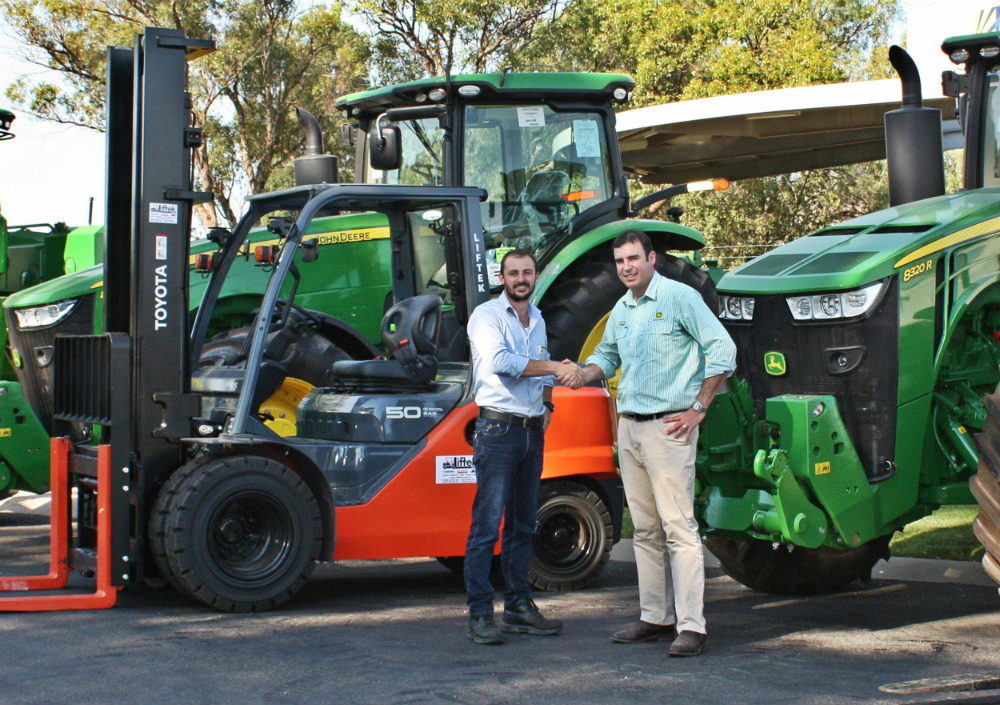