Toyota has won the prestigious iF Design Award 2015 for three of its
products.

The iF Design Award is one of the world's mostly highly regarded design
competitions and has been presented annually since 1954 by the iF International
Forum Design, based in Hanover, Germany.

Since taking out its first iF Design Award in 2009 Toyota has received the
award for six different products.

A total of 4,783 entries by 2,102 participants from 53 countries were received
this year across the awards' 16 categories.

A 53-member jury comprised of international experts from 20 nations met in late
January in Hamburg, Germany, to assess the entries and determine the winners of
each category.

Toyota's 8-Series forklift range has previously received a Special Mention in
the German Design Awards (the first forklift to do so) and won Japan's Good
Design Award.

"Winning international design awards like this is testament to the thought
that goes into all our material handling equipment, ensuring we offer not only
the most reliable and durable products, but also the most
operator-friendly," he said.

In 2014 Toyota Material Handling Australia (TMHA) launched the new 8-Series 3.5
to 8-tonne forklift range, extending its industry-leading forklift safety,
fuel-saving and ergonomic features to all its internal combustion forklifts up
to 8-tonne capacity.

Highlights of the range include a new 65kW electronic fuel injection-equipped
3.7-litre LPG engine offering fuel savings of up to 20 per cent compared with
the superseded model.

Other features of the Toyota 8-Series 3.5 to 8-tonne forklift range include a
redesigned chassis with fully stamped steel plate construction and ergonomic
improvements like increased floor space and a larger step. 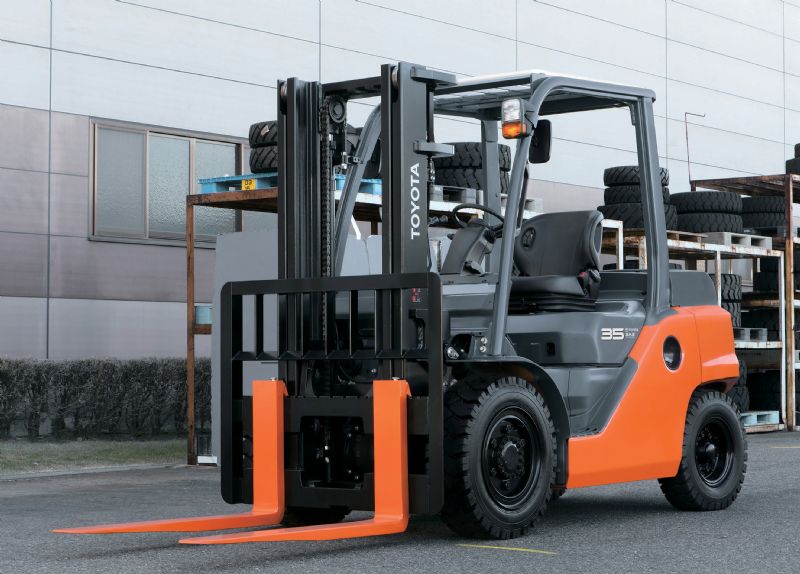