Located in Sydney's greater west, Glenn Mitchell is the owner and founder of Picton Hire.

Glenn, a plumber by trade, got into the earthmoving industry by accident. He used to hire a lot of equipment from the local hire company - Picton Hire - the very business he now owns.

One day, 19 years ago, the owners informed Glenn that they were looking to close the doors and get out of the business altogether.

Glenn, who was at a cross roads as to what he was going to do with his plumbing business, made an offer.

And the rest, as they say, is history.

The business has evolved over the years.

"The business I bought is completely different and was largely made up of small hand tools and small builders equipment," Glenn explains.

"We virtually have none of those types of tools any more - it is all bigger equipment."

Glenn says that this change really started about 10 years ago.

"There was a shift where people stopped hiring small power tools and contractors really started buying all sorts of power tools," he says.

The very first construction machines they purchased were the mini loaders.

"We were one of the very first hire companies to offer them when they started to hit the scene about 15 years ago," he said.

They proved a great success from the start to Picton Hire.

Picton Hire had a rocky start with skid steers.

Their first purchase, about six years ago,  was of a machine that was physically too big for people to put onto a trailer, so Glenn had to always deliver it.

"Customers didn't want to pay for delivery so most of the time we were forced to deliver it for free just to have it out on hire," Glenn explains.

That became a big headache, particularly as they are just a husband and wife team - Glenn usually had to go out and do these deliveries after hours.

The machine itself was  troublesome and unreliable.

"It was up there as one of the best days of my life when I sold the damn thing," Glenn says, laughing.

"Seeing it get taken out on a tilt tray was just a big relief. At that point, we swore we would never get back into skid steers again.

"But seven months ago, we had a look at the Toyota -  it looked good enough to convince us to change our mind."

It took Glenn three years to get over the bad memories and experiences of the first machine they had.

The big factor they liked about this particular Toyota 5SDK5 skid steer, and what convinced them to get back into hiring skid steers, was the fact that customers were able to tow it away themselves on a purpose built trailer rather than Glenn having to deliver it.

"The customers really love it, which is the most important factor," Glenn says.

"The Toyota just seemed to be a couple of levels above anything else on the market for that size skid steer."

"The service and after sales support from Toyota Material Handling, Sydney has just been above and beyond too. They seem to really understand our business and the importance of this machine working for us".

Glenn says the thing that he most loves about their new Toyota Huski 5SDK5 is the cabin comfort.

With his mechanical experience, all of the maintenance is done by himself, and this is another area where  Glenn says the Toyota Huski really shines.

"It is just really easy to work on. Everything is very easy to get to and the fact that the cab does tilt if you do have a major problem (not that they are expecting one) is a big bonus."

Customers also particularly like it because it is easy to explain to them how to use it.

"We chose Toyota were because of recommendations from people within the industry," Glenn says.

"The high resale value that the machine will have at the end of the hire purchase period, the ease of explaining the operating procedures to customers, the fact it can be transported to the job by the customer without the need for costly delivery charges and the reliability the Toyota skid steer provides was what we tool into consideration before buying it." 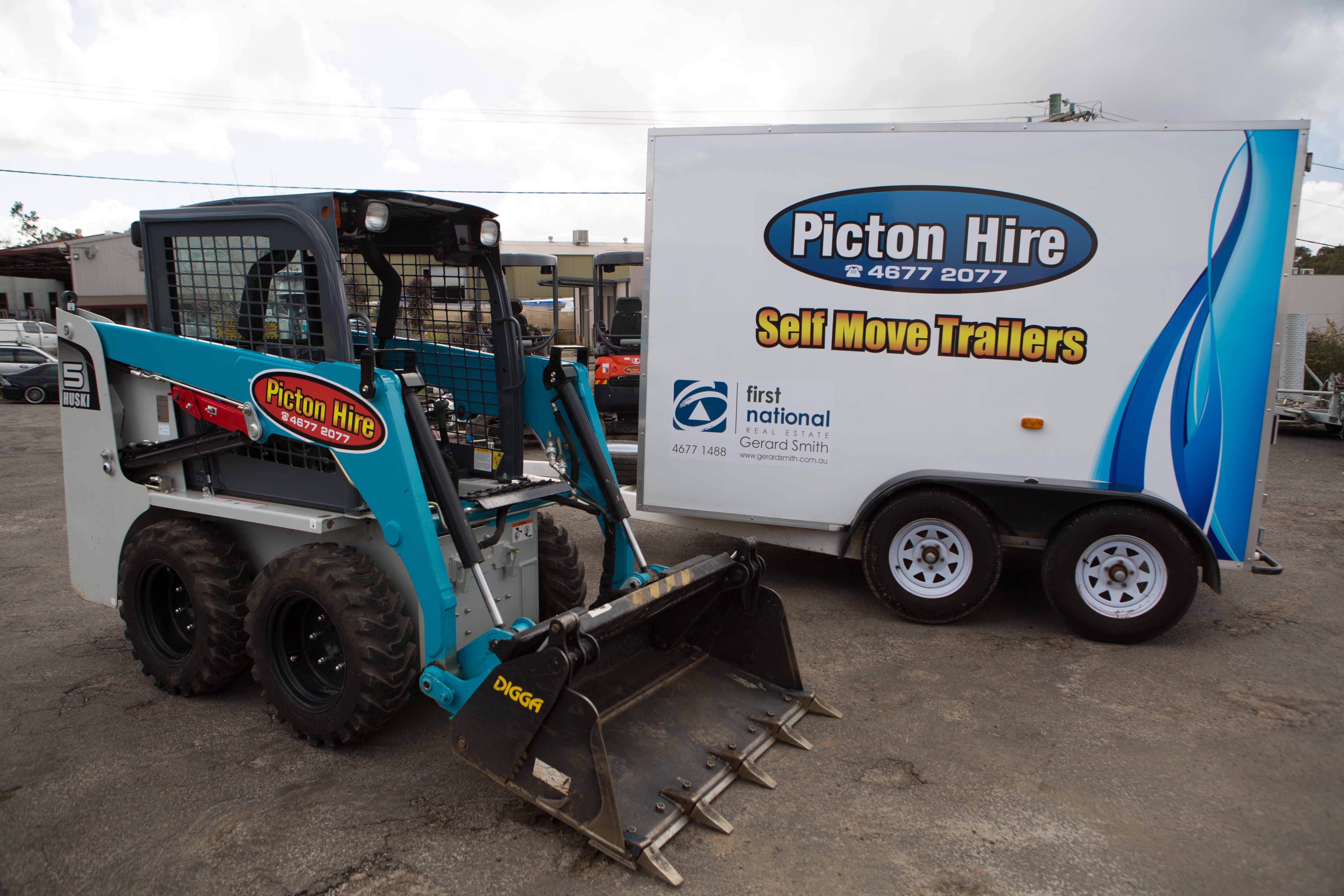 Picton Hire with their Toyota Huski