A leading specialty cheese manufacturer has chosen a new Toyota BT walkie-stacker forklift for its material handling needs thanks largely to its ability to access confined spaces.

Founded in 1989 by owners Jim and Julya Konas, Hellenic Cheese introduced the concept of milking sheep and goats on a commercial scale in Australia, and combined it with traditional Greek handmade cheese-making techniques to offer a unique range of dairy products.

"We needed to obtain a brand-new forklift, so I sought a price from the existing supplier and two or three others; and the prices from two suppliers were similar for equivalent specification forklifts," he said.

"In the end the decision to go with Toyota Material Handling came down to the smooth purchase process and the BT forklift's manoeuvrability in confined spaces.

"The approach of the sales representative was important too," Jim said. "You could say I have a built-in resistance to reps, but Adem was straightforward about the features and benefits of the forklift and the price was competitive, so it was a relatively easy decision to make.

"We were specific in our model selection as we needed a high degree of manoeuvrability to get into confined areas, and the BT forklift is handling that and other tasks very well."

"Its 208-degree steering range gives it the manoeuvrability they were after, and it's a very versatile forklift to use," he said. "We're taking care of service and maintenance for them too via a mobile service unit from our Melbourne branch."

The Toyota BT Staxio SWE120S is part of BT's extensive Staxio series of electric walkie stackers. It has a maximum lift capacity of 1.2 tonnes and a maximum lift height of 4755mm. Support arms straddle loads to make it possible to handle closed pallets.

All Toyota BT Staxio stackers are compact, easy-to-use and include low-maintenance/high efficiency AC drive motors. They are designed according to BT's 'Totalview' concept, to optimise operator visibility at both ground level and when positioning the forks at height. 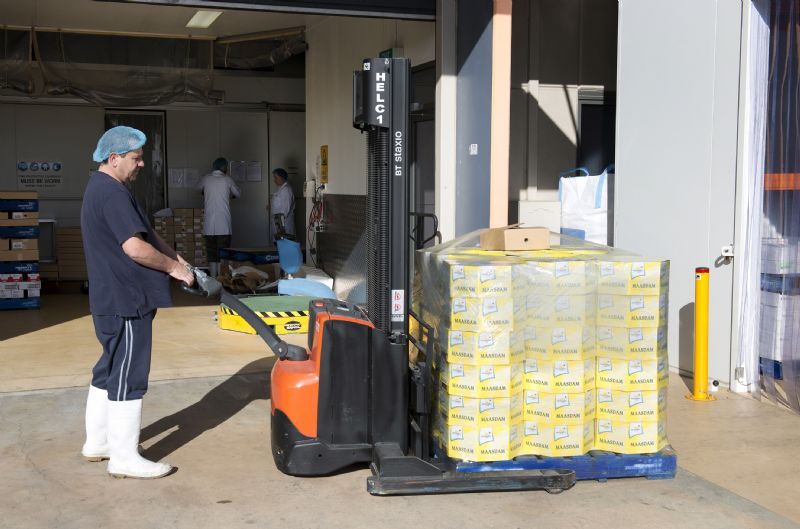