The National Skills Contest has been conducted for more than two decades as part of TMHA's commitment to setting industry-leading training and service standards.

The contest was run over 11 and 12 June, and consisted of theoretical and practical exercises across the three TMHA brands of warehouse equipment - Toyota, BT and Raymond.

Another Brisbane technician, Lochlann Fenton, claimed the title of National Technician of the Year for Raymond products.

Shaun Xerri from TMHA Sydney is the 2014 National Technician of the Year for BT products, a title he also won in 2010 and 2013.

All finalists in the TMHA National Skills Competition received a radio, a framed certificate and a watch.

As a further reward for their efforts both Mitchell and Aaron will undertake a study tour to Toyota's forklift manufacturing plant in Japan.

TMHA general manager service Steve Barnes said the TMHA skills competition has been running for a quarter of a century and was designed to keep Toyota forklift technicians at the forefront of industry standards.

TMHA's executive vice president and chief operating officer Steve Takacs said the National Skills Contest challenges each entrant's skills and knowledge, and rewards those who reach the pinnacle of their profession.

"This annual contest has special interest for me, because I started in this industry 'on the tools' as a technician," he said.

"From the forklift customer's perspective, we believe the skills contest delivers direct benefits, because a high skills standard among our technicians increases both customer satisfaction and workplace safety." 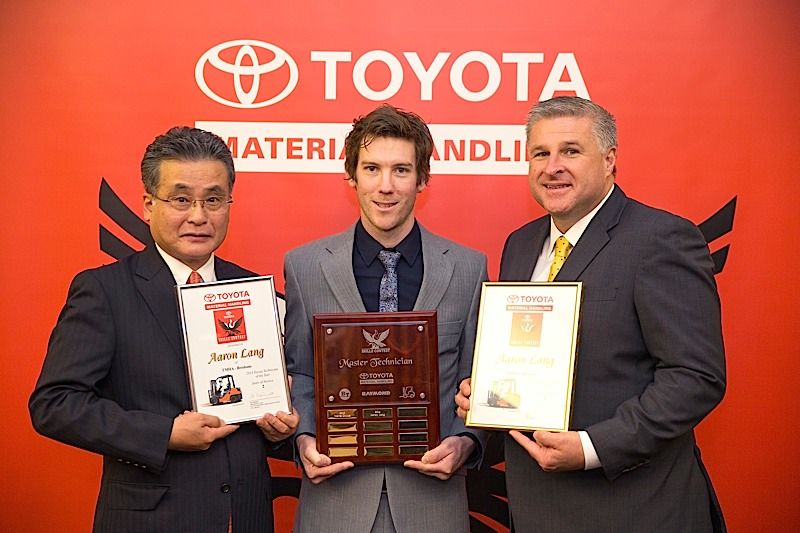