HB Blocks director Nick Halkitis said he chose the rental and servicing agreement to free-up space in the company workshop.

"The new Toyota forklifts are integral to the block production cycle, their storage and distribution," he said.

"They unload freshly made product, stack that product, make up and load orders, and handle pallets that need repair."

"It was soon followed by two more Toyotas, then another two, and now the four rental forklifts.

"Toyotas are good forklifts, especially for reliability and longevity, and they are backed by good local support from TMHA."

HB Blocks can trace its beginnings to 1960 and the civil construction company Halkitis Brothers. The locally owned and operated business now employs close to 180 staff and is involved in construction, manufacturing, tourism, mining, transport and maintenance.

Design and safety features also include Automatic Fork Levelling Control to level the forks during loading, ergonomic controls and smooth, quiet operation from the Toyota engine. 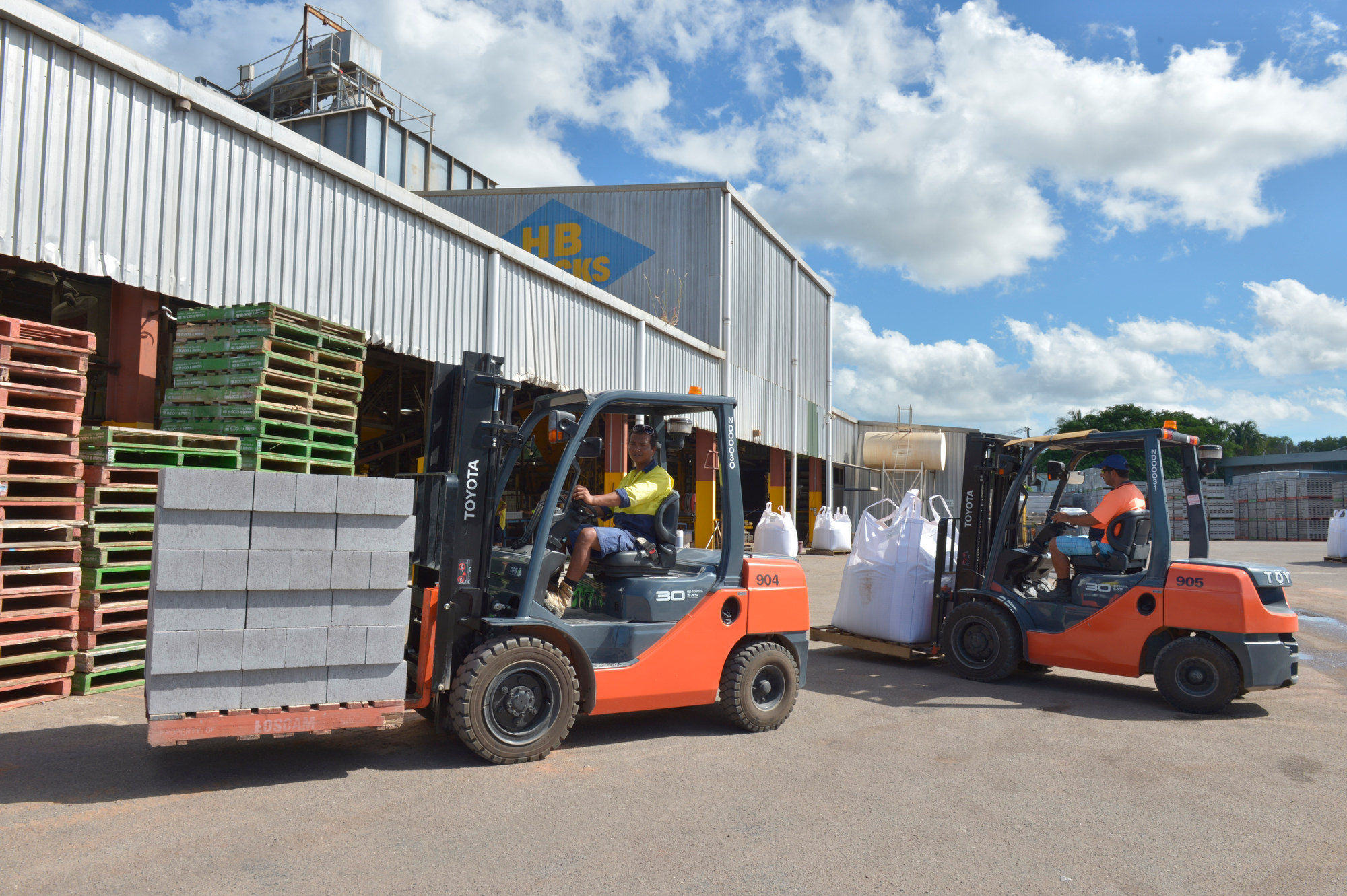