And he couldn't be happier with his new Huskies.

He purchased his latest skid steer loaders through Toyota Material Handling in Sydney.

Rep Glen Ryan knew exactly how to update Gerry's fleet and knew the Huski came equipped with everything he needed.

"Straight away I realised that that the Huski was exactly what I was looking for. It really hit the spot," Gerry says.

So far he has absolutely loved working with Toyota Material Handling and loves the new Huskies.

At this point they only have about 500 hours on them and he says that the backup service has been incredible.

"If I have even needed anything they have been straight onto it," he said.

"It had been sitting in the yard for a while when I bought it, but I was able to cut a good deal being that it was badged the previous years' build," he explained.

"As it had been sitting around though, I found when I first got it that it had a flat battery. But when I called Toyota to let them know they had a brand new battery there for me within an hour and a half."

Both of the machines are Huski -9s and the size of them was a really big factor for Gerry.

"I didn't want anything that was too big," he said.

"Occasionally you do get a bigger job, where you are loading a truck and dog all day and a bigger machine would work, but 90 percent of my work is around housing and narrow sites and nimble sorts of jobs," he said.

Gerry said he purchased two machines for a number of reasons.

"Firstly, I was able to get a really good deal," he said, laughing.

"Secondly, it gives me the option of putting another operator on a job if it is ever required.

"I always have a spare machine and it allows me to restrict any downtime for any reason and it also allows me to operate newer machines, which keeps me more efficient at work."

In regards to attachments, he has a set of forks that he can use to move bricks when required and an auger that he very occasionally does the odd job with for fences.

But his main setup is the tipper and the extend trailer so that he can bring two machines to the site.

"My two newest machines both have Norm buckets as my machines' applications are largely reliant on a four-in -one bucket," he explained.

"It is important that I have the best." 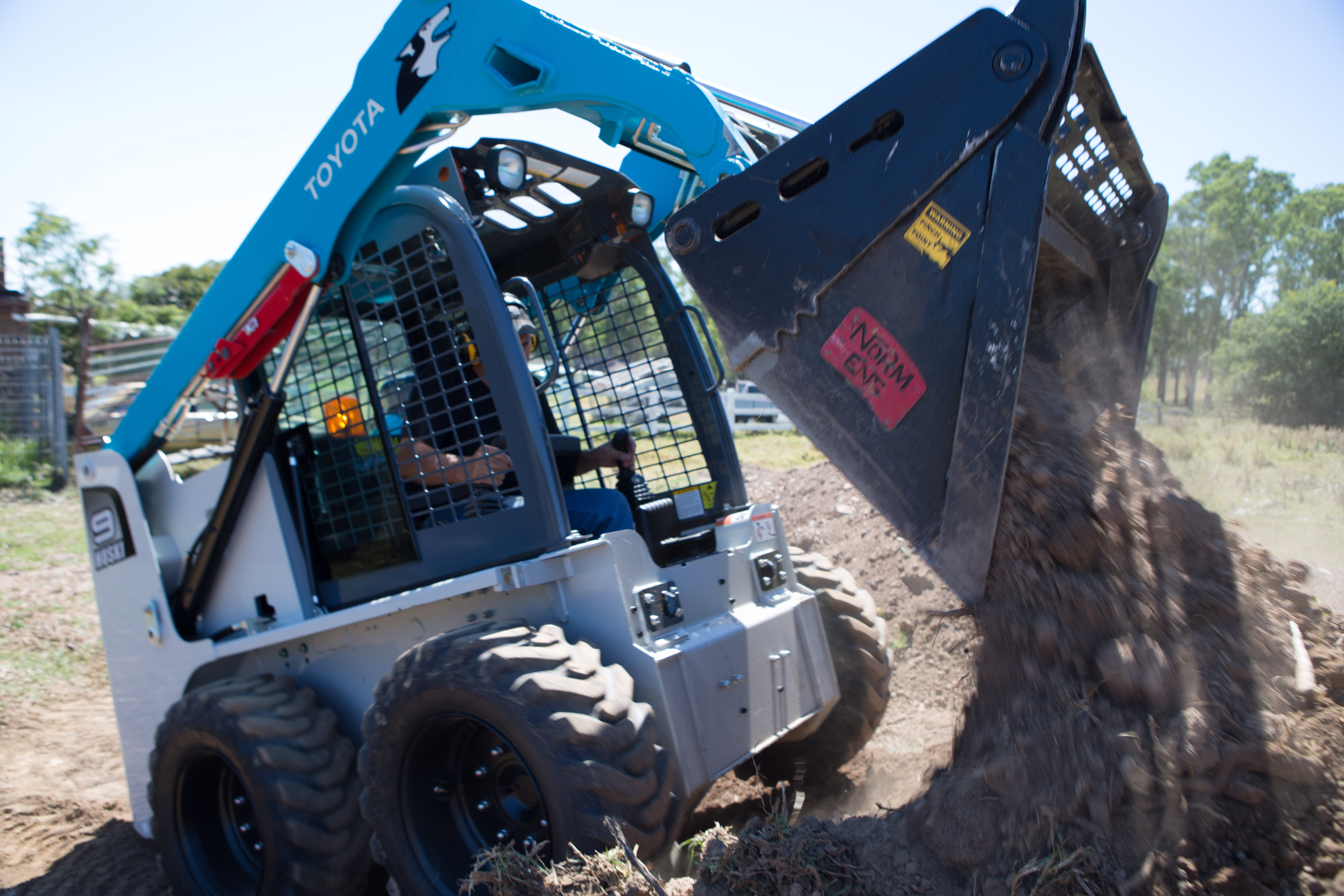