A state-of-the-art Toyota forklift truck will feature in the premiere of a breathtaking dance-circus performance during January's Sydney Festival.

The 50-minute piece will have its world premiere with five performances at Carriageworks from 16 to 19 January, before being presented outdoors at the Arts Centre Melbourne from 12 to 16 February. FORKLIFT then heads out on an international tour that includes Finland and the United Kingdom.

KAGE co-founder and FORKLIFT director Kate Denborough said it was the first time in the company's 16-year history that it had used industrial equipment on stage.

"FORKLIFT examines the connection and relationship between humankind and machinery," she said.

"We are thrilled to be part of an edgy piece of theatre that is premiering at the Sydney Festival," he said.

"The workplace is, of course, quite different to the theatre.

"Toyota designs and builds its forklifts for optimum workplace health and safety, including the leading-edge feature of Toyota's System of Active Stability to reduce the potential of lateral tip-over.

"However, there can be art in material handling; it is a joy to watch a top-notch operator manoeuvring a forklift in a confined area," Mr Takacs said.

Important Note: KAGE performers are highly trained artists and have forklift licences. Forklifts are not to be used like this in the workplace. 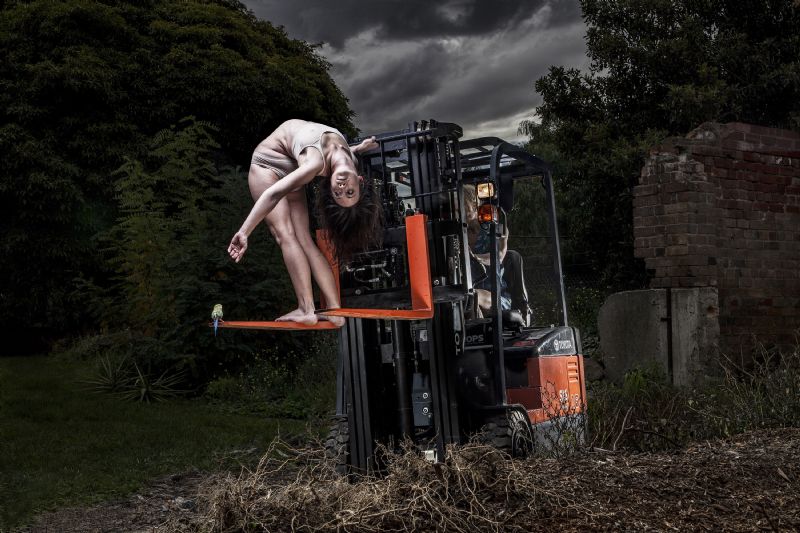