TMHA Adelaide Takes Out Branch of the Year Award

Toyota Material Handling's Adelaide branch has taken top honours at the company's annual Branch of the Year awards by winning the TMHA Tier One branch award for 2012.

TMHA's Executive Vice President and Chief Operating Officer Steve Takacs said the Branch of the Year Awards are a testament to the dedication, hard work and resolve of branch staff to be the best of the best in their industry.

"Healthy competition between our branches helps deliver the best sales and product support service to our customers nationwide," he said.

Adelaide Branch Manager Hamish Harper collected the award on behalf of his staff of just over 70.

The awards were presented during TMHA's annual Sales and Service Champions Awards night at Sydney's Sheraton on the Park Hotel.

In addition to its overall victory, TMHA's Adelaide branch was named best branch for rental activity.

TMHA's Perth branch received the Branch of the Year awards for both sales and service.

The individual TMHA 2012 Sales Champion was Michael Johns from TMHA Melbourne. Michael was also sales champion for short and long-term rentals and roll-overs.

The 2012 number one in retail sales for new products was Paul Allen from TMHA Brisbane (now the manager of TMHA's new Darwin branch).

Luke Walsh from TMHA Melbourne was the 2012 champion in retail sales of used products. 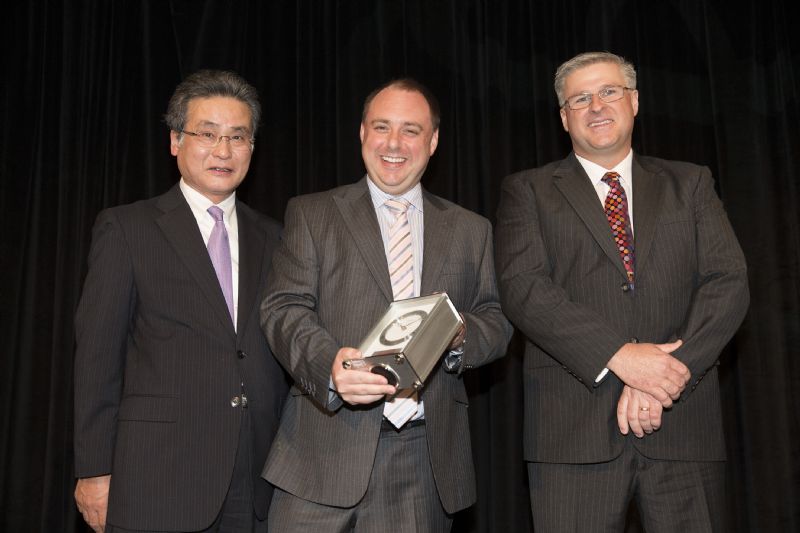