The first specialist mushroom wholesaler in the Perth produce markets has commissioned a second Toyota 1.5-tonne payload forklift on the strength of Toyota's dual-fuel capability and service support.

Mr Mushroom managing director Glenn Mews was introduced to the Toyota Material Handling family three years ago when he won a BT hand pallet truck in a raffle at the annual Markets Ball.

Mr Mews bought his first Toyota forklift, a 32-8FG15, 12 months ago and has just commissioned a second 32-8FG15 forklift.

Both forklifts have three-stage full free lift 4300mm masts and are fitted with windscreens, an integral side shift attachment, solid tyres, mud flaps and markets-spec lighting.

Mr Mews said Toyota service was his number one priority, followed by the reliability and flexibility of the forklifts.

"The Toyota service centre has a spare forklift, which is an enormous help for a small business if one of our forklifts is being serviced.

"In terms of reliability, the Toyota forklifts are virtually bullet-proof," he said.

"The latest Toyota forklift models have indicators for payload weight and vehicle speed, putting the cream on top of an already good cake."

The 32-8FG15 is one of the most popular forklifts in Toyota's leading-edge 8-Series range.

Mr Mushroom was launched in 1989 as a second-generation wholesaler. 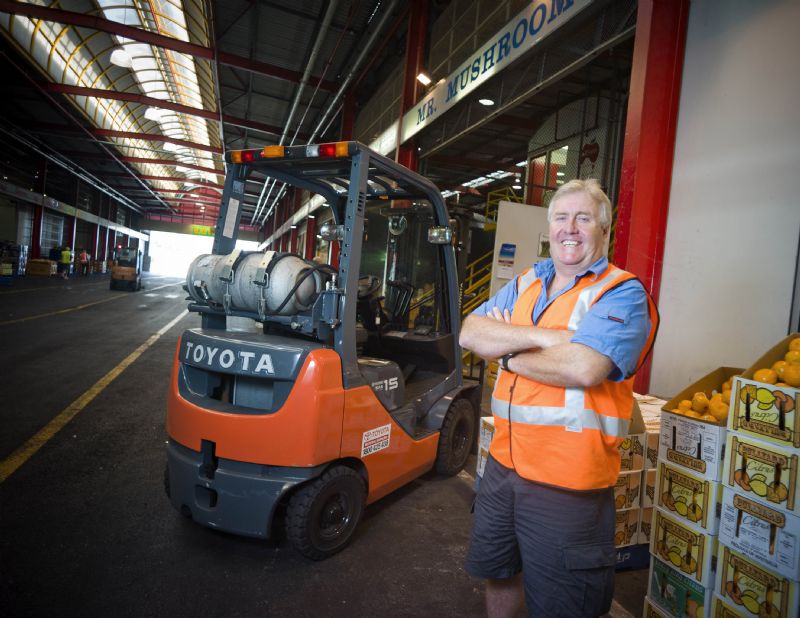