Toyota Material Handling Australia's Gladstone branch has won the company's 2012 Regional Branch of the Year award in the same year it made a major expansion into new premises at Benstead Street in Gladstone.

TMHA's executive vice president and chief operating officer Steve Takacs said the Branch Awards of the Year are a testament to the dedication, hard work, and resolve of branch staff to be the best of the best in their industry.

"Healthy competition for these prizes between our branches helps deliver the best sales and product support service to our customers nationwide," he said.

"This award recognises the entire branch staff for their commitment to sales, rental, service and parts excellence," he said.

Service vans based in Gladstone cover a large area: north to Rockhampton, south to Maryborough and west to Emerald.

Mr Anderson said moving to the new facility in April last year had dramatically increased the workshop area and warehouse space to accommodate a large range of spare parts.

"The branch has its own fleet of fully equipped service vans, staffed by the best-trained forklift and Huski service technicians in the industry," he said 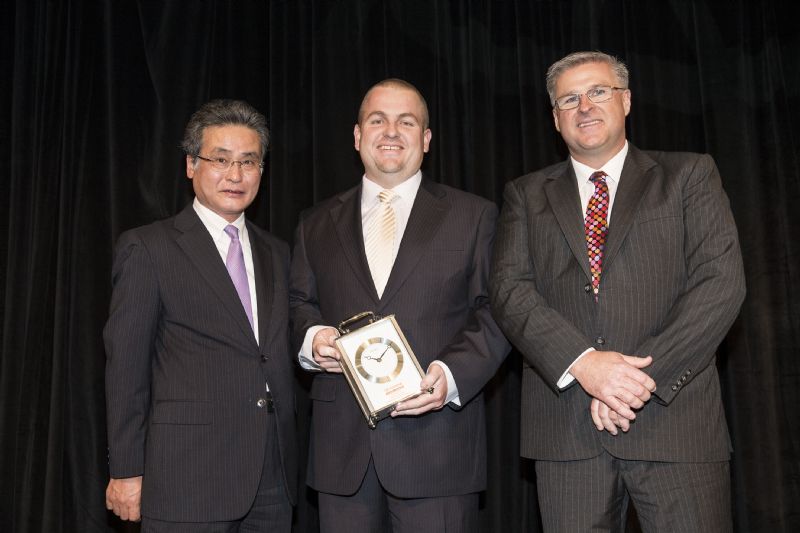