Toyota Material Handing Australia's headquarters at Moorebank (Sydney) was on show on Tuesday, November 27 to host a breakfast for the Refrigerated Warehouse Transport Association annual conference.

All TMHA departments were involved, highlighting all aspects of company operations - including forklift products, training, service, parts, and hire and rental.

RWTA chairman Steve Parbery responded on behalf of the association.

One hundred and forty conference guests were on site from 7am until just after 10am, for the displays and entertainment.

Brett Kimmorley spoke on triumphs and challenge. He graciously stayed on afterwards to sign a football for each of the 140 guests. 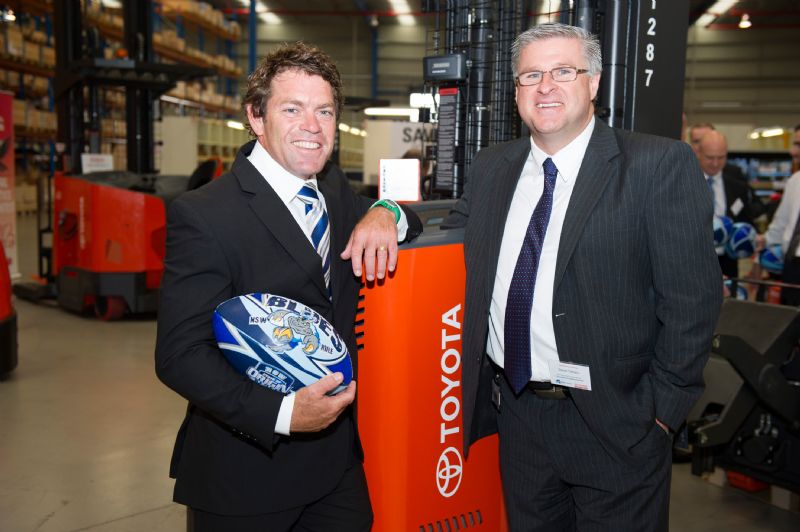