A Brisbane apprentice forklift technician has won an educational tour to Toyota's Takahama forklift manufacturing plant in Japan by taking out the apprentice-technician section.

The four technicians are the latest winners in a national competition that has been held for more than two decades.

Andrew Redmore of Toyota Material Handling (VIC) won the BT Skills contest for the second year in a row.

TMHA Sydney's Shaun Xerri completed a full set of skills contests, winning the 2012 Raymond Skills Contest after topping the BT contest in 2010 and the Toyota contest in 2011.

The contest began with two forklift-service tests and culminated in a two-day practical and theoretical-based finale at the company's Moorebank (Sydney) headquarters.

TMHA chief operating officer Steve Takacs said the aim of the National Skills Contest was to challenge each entrant's skills and knowledge against their peers and to reward those who reach the pinnacle in their profession.

"This annual contest has special interest for me, because I started in this industry 'on the tools' as a technician," Steve said.

"Today, we see the skills contest as having a direct benefit for our forklift customers, because a high skills standard among our technicians increases both customer satisfaction and workplace safety." 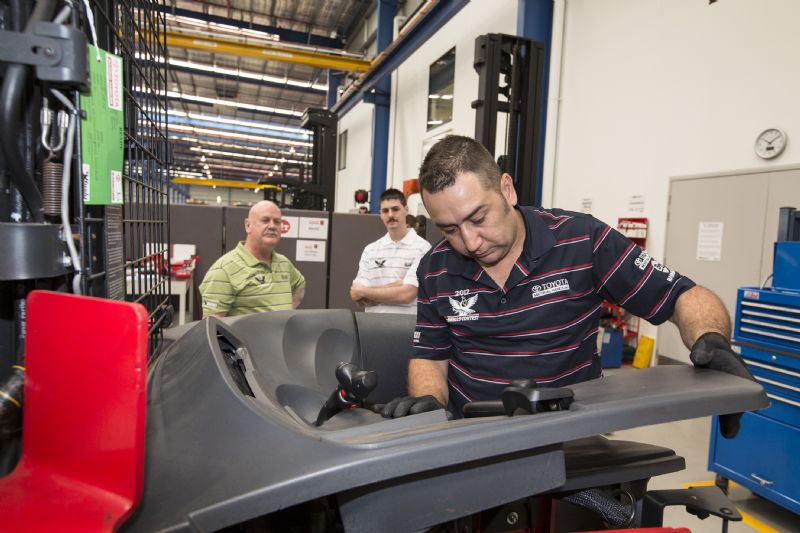