Patane Produce, based at Myalup south of Perth, is a leading supplier of carrots, onions, potatoes and broccoli to the Perth markets, as well as interstate and overseas.

The company commissioned three 1.8-tonne Toyota 8FG18 forklifts at the end of 2011 to increase production and improve the reliability of its material handling fleet.

Managing director Michael Patane said he bought his first Toyota forklift 15 years ago and that machine, an 7FG18 model, is still in active service after logging an impressive 14,000 hours.

"I've come to know the machines well over the years and never had any reliability issues.

"As well as the faithful Toyota 7-Series forklift, we have a second-hand 6-Series Toyota forklift that is still performing well.

"At the end of 2011 I bought the three 8FG18 Toyota forklifts to expand production and replace some second-hand machines of another brand, because the maintenance costs were too high." 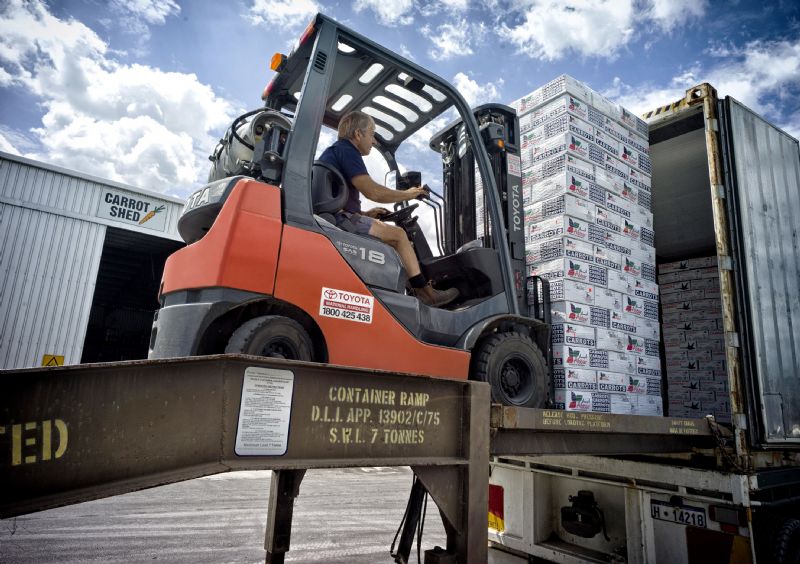