Established in 1976, Beef City feedlot is one of four JBS feedlots in Australia and one of the largest in the country.

Beef City has a staff of 950 on site with the abattoir, feedlot and JBS Carriers - a trucking division established to transport cattle, containers and hides. At any one time more than 26,000 cattle may be in the feedlot.

JBS, its predecessors and AMH have used Toyota forklifts for nearly two decades.

Nationally, TMHA has more than 200 forklifts in service with JBS Australia, with 18 forklifts being the largest fleet in a rural location.

"They are the best forklifts on the market and the service from Toyota's Brisbane office has been first class," he said.

"The relationship with Toyota has grown with support from TMHA Queensland major accounts manager Martin Gross and the Brisbane office being on hand 24/7 when required.

Four of the battery electric machines are used for cold-room operations and set up to service-racking profiles.

Beef City Feedlot is located 40 kilometres west of Toowoomba in the heart of the rich grain growing region of the Darling Downs. It has four steam flaking mills and a modern fleet of paddle mixer trucks to feed the cattle locally produced wheat, barley and sorghum grain and with quality roughages.

The 800 hectare site also includes a farming operation that produces crops such as corn, winter cereals and forage sorghum for either daily supply to the feedlot or as silage or hay.

JBS Australia is a division of JBS, Brazil's largest multinational in the food sector, and the world's largest meat company.

JBS Australia has an extensive presence along the eastern seaboard, with operations including 11 meat processing plants and four feedlots.

It has a number of brands that have strong domestic and global recognition, including Beef City Platinum, King Island Beef, Royal, Beef City Black, Your Choice, Tasman Meats and Tasmanian Premium Beef. 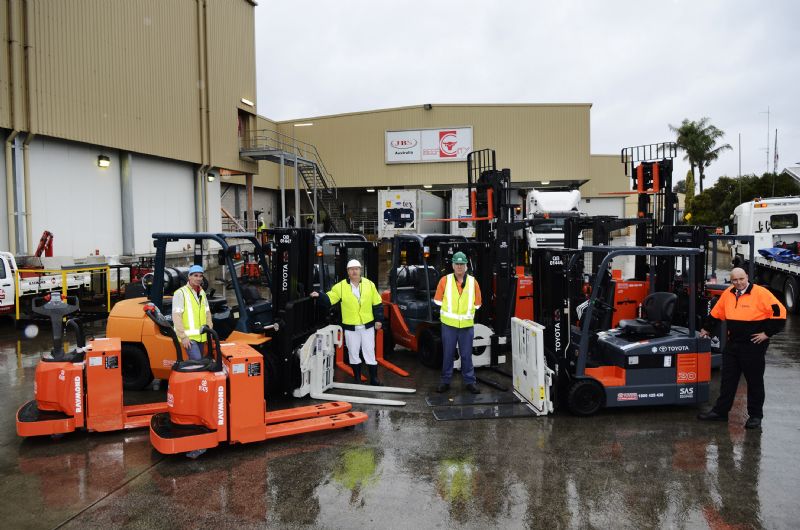