Laurie Kirby, of Wandin North-based Laurie Kirby Cartage and Mudbusters Pty Ltd, bought his first Toyota skid-steer in 1984 and has bought Toyota Huskis ever since.

Laurie's latest purchase, a Toyota Huski 5SDK-8, is five weeks old and has been signwritten "Last One?" in expectation he'll retire in the next few years.

His 28 years of Toyota skid-steer ownership means he has seen the Victorian industrial equipment dealership evolve through two previous owners to the current 100 per cent factory-owned Toyota Material Handling (VIC) which is based in Dandenong, Victoria.

Laurie Kirby said he continued to buy Toyota Huskis based on proven performance and reliability.

"The early brochures for the Toyota Huski skid-steer loader said they had extra power when you really needed it, and that has always been the case.

"They are good machines; they are so reliable.

"And if you look after a Huski, you never have trouble selling them for a good price.

"I've kept each one of mine for an average of four-and-a-half years," he said.

TMH (VIC) skid steer sales manager Scott Bocksette said Laurie Kirby takes added pride in maintaining his trucks, trailers and equipment; so much so that his truck and trailer combination look like they are showpieces - not workhorses.

"He refurbishes his old equipment to as-new condition and always gets a much better return on his investment for resale," he said.

The Huski 5SDK8 has a spacious cabin opening for smooth entry and exit, along with an easy-to-read instrument panel and low vibration and low fatigue control levers, providing outstanding operator comfort.

It has class-leading visibility and outstanding manoeuvrability. 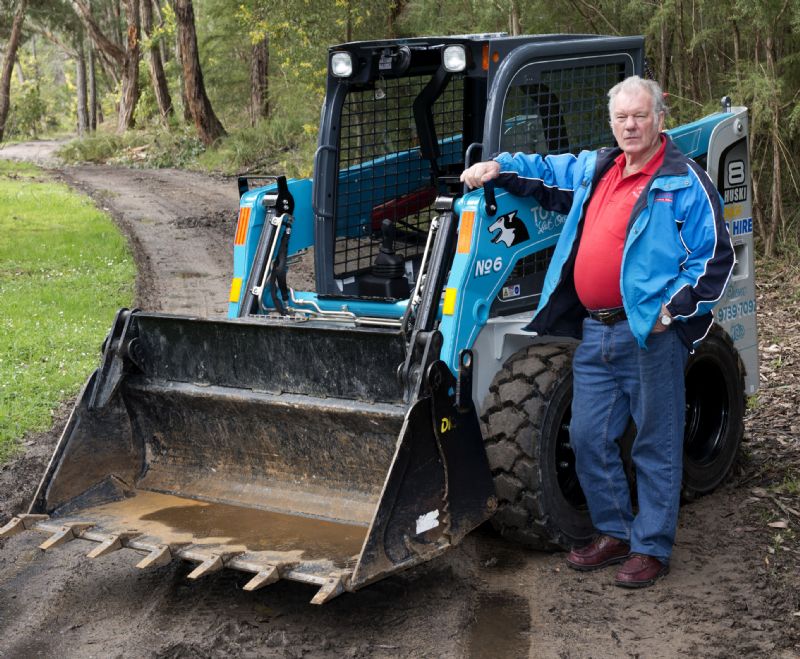