Landscaper Sets Up For The Future With Toyota Huski

A progressive landscaping business is enjoying increased flexibility and the prospect of future growth opportunities after adding a Toyota Huski skid-steer loader to its business late last year.

DVB Landscapes based in Selby, Victoria, purchased the Huski 5SDK5 skid-steer loader along with a tip truck from Toyota Group company Hino to transport it.

For DVB Landscapes managing director Dean Von Barany the decision to go with Toyota equipment was largely based on the brand's strong reputation and good experience the business has had with its fleet of Toyota passenger vehicles.

"Toyota has a good name and reputation across all its products, so that was a big reason why we chose the Huski," Mr Von Barany said. "We have three Toyota HiLux in our fleet and we've always been very happy with them.

"Getting the Hino FC factory tipper at the same time made perfect sense too as Hino is also a well-regarded brand known for its reliable and durable range of trucks. The fact that it was ready to go from the factory, rather than having to get the body attached separately, was a bonus."

"They're benefiting from the reliability and toughness of both the Huski skid-steer loader and the Hino factory tipper, not to mention the fleet of Toyota HiLux as well. The attributes of Quality, Durability and Reliability are a constant across all Toyota Group companies and DVB Landscapes are taking full advantage of that," Mr Machar said.

Since acquiring the Huski 5SDK5 in October last year it has been put to work around the district preparing and cleaning building sites, spreading soil and moving rocks.

"It's proven to be a good, solid machine and feels well made and durable," Mr Von Barany said. "It's also very user-friendly; the new employee we've taken on to operate it doesn't have prior experience with skid-steer loaders but he's had no trouble operating it."

Apart from increasing its headcount, the addition of the Toyota Huski has also changed the way DVB Landscapes operates while setting it up for future growth.

"After having a look at our business expenses it was clear that the money we spent on hiring contractors for this kind of work was about the same as the cost of purchasing the Huski, Hino truck and hiring a new employee," Mr Von Barany said.

"Being able to do the work ourselves is a real advantage. We're no longer left waiting at the mercy of contractors' work schedules. If you only need a contractor for an hour or two it's not economically feasible to get them in just for that.

"It's really changed the way we work as it gives us increased flexibility. Over time we'll be able to take up more work and different types of jobs too, so it's set us up well for growth in the future," Mr Von Barany said. 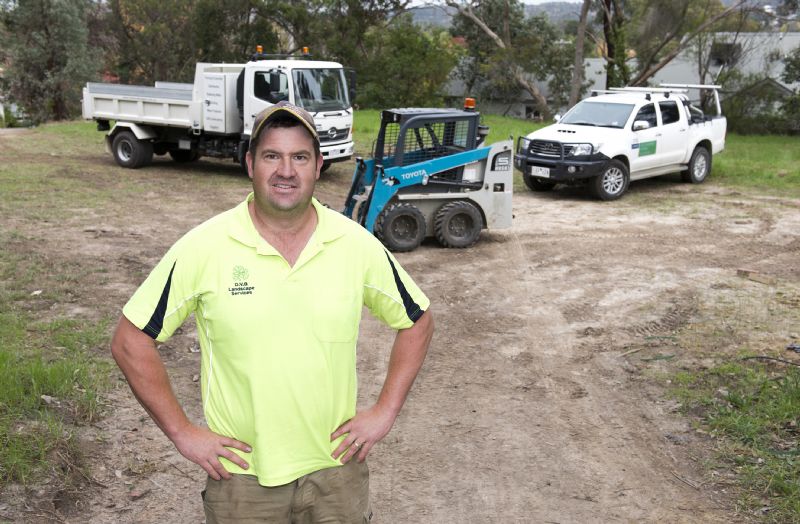