Pioneering earthmoving equipment operator Bernie Carlson will next month bow out of the business, 33 years after creating a company that specialises in limited-access earthworks.

Mr Carlson, 70, founded Gold Coast-based Micro Excavations in 1981 as an owner-operator and grew the business using Toyota Huski skid-steer loaders. He plans to keep operating loaders until the end of November.

Sons Don and Max now run the business, which has six Toyota Huski 4SDK4 and one Toyota 4SDK5 loader. Its most recent acquisition was a new 4SDK4.

Don said the Toyota loaders had been used in an incredible variety of roles over the years.

"We have accessed work areas through buildings and through houses, craned loaders onto high-rise buildings and even helicoptered one into the BunyaMountains to prepare the footings for a communications tower," he said.

Grass tyres are fitted to the loaders to ensure to lawns, parks and customers' driveways aren't damaged.

In a reversal of the old business adage, Micro Excavations found a market and grew by thinking small.

"Dad's brother Tony was using small loaders in Sydney and Dad saw the potential when he and Tony moved up here to the Gold Coast," Don said.

"He bought his first Toyota skid-steer loader soon after founding the business and has been buying them ever since. We have had 30 or more since then.

"We're still buying Toyota because they're a good all-round loader, well balanced and reliable. We've seen the development of the loaders over the years, and the bright colour scheme looks the part when you work at prestige residential properties.

"In terms of back-up service, we've always dealt with the Brisbane operation, first as the Willtrac dealership and now as a Toyota Material Handling branch. We get along well with all the guys in the workshop."

Area sales manager Syd Williams said he wished Bernie Carlson all the best in his retirement.

"Bernie is a great guy and an 'old-school' earthmover through and through," Mr Williams said. "He pioneered limited-access skid-steer work on the Gold Coast and he's been a valued customer for three decades."

Don said while his father has continued to operate machines, having recently turned 70 he's now had enough. "My brother and I expect he'll be asking us for a job now and then. He's not the sort of man who can sit around watching television!" 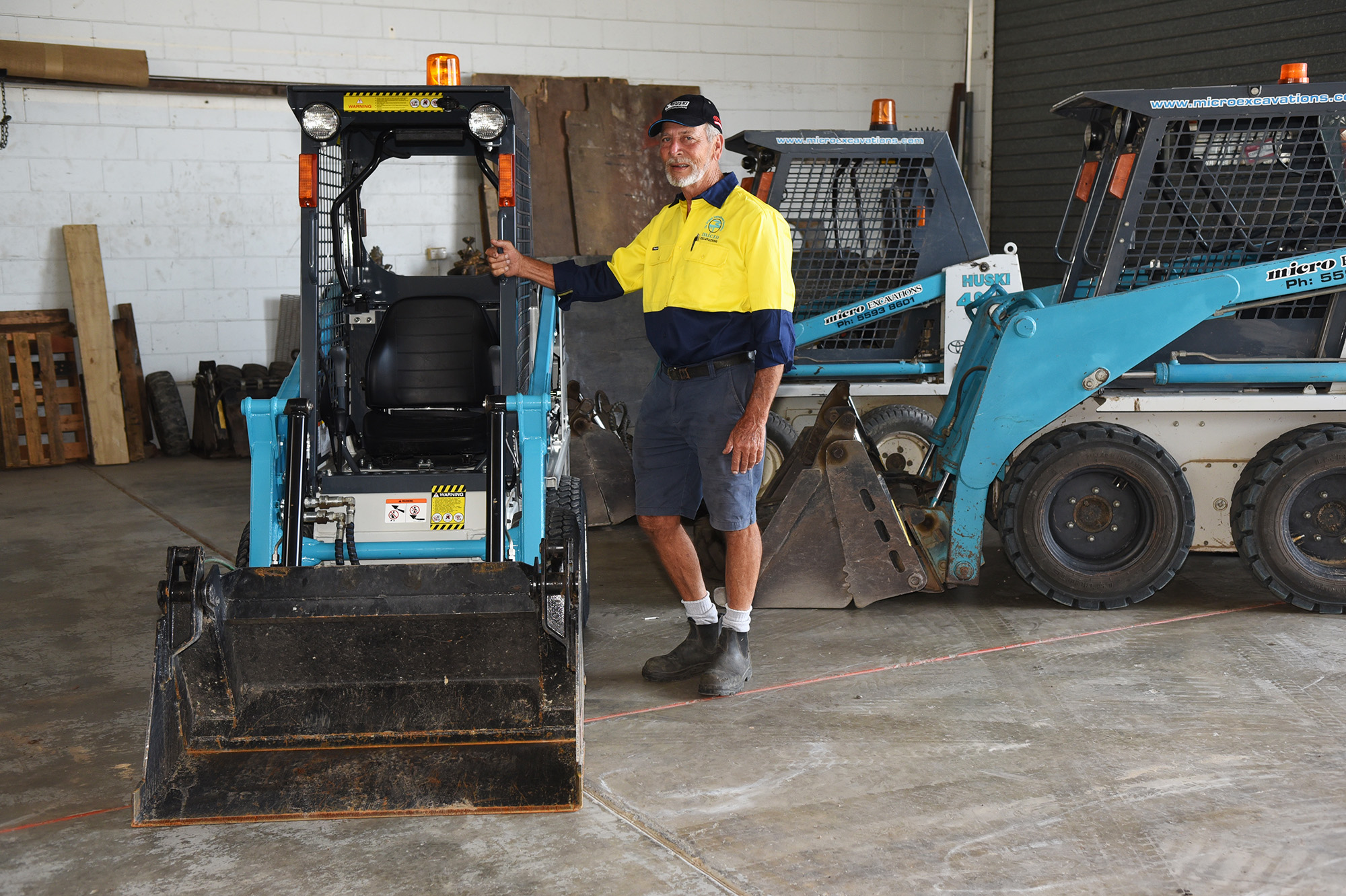