IBS Excavations has equipment based in Brisbane, Chinchilla, Gympie and the Sunshine Coast.

The 70thHuski on the IBS Excavations fleet is a 650kg operating-weight 5SDK-8, one of the most popular of the six Toyota skid-steer loader models available.

Company owners Scott and Jenny Trafford bought the business in 1988and have significantly expanded it since, including the addition of an in-house service department and OH&S officer.

"The Huskis are fantastic loaders, and I love Toyota equipment," Jenny Trafford said.

"They are bullet-proof and the back-up service is a real credit to the Toyota Group. Why would you go anywhere else?"

IBS Excavations has a fleet policy of low-hour machines to ensure maximum reliability for hire customers.

"Paul was in sync with our low-hours policy. He would contact you when a loader reached a certain number of hours, because he might have an owner-operator or plumber who wanted a low-hour machine," Mr Trafford said.

Models range from the compact 4SDK-4 right up to the 900kg operating load 5SDK-11. 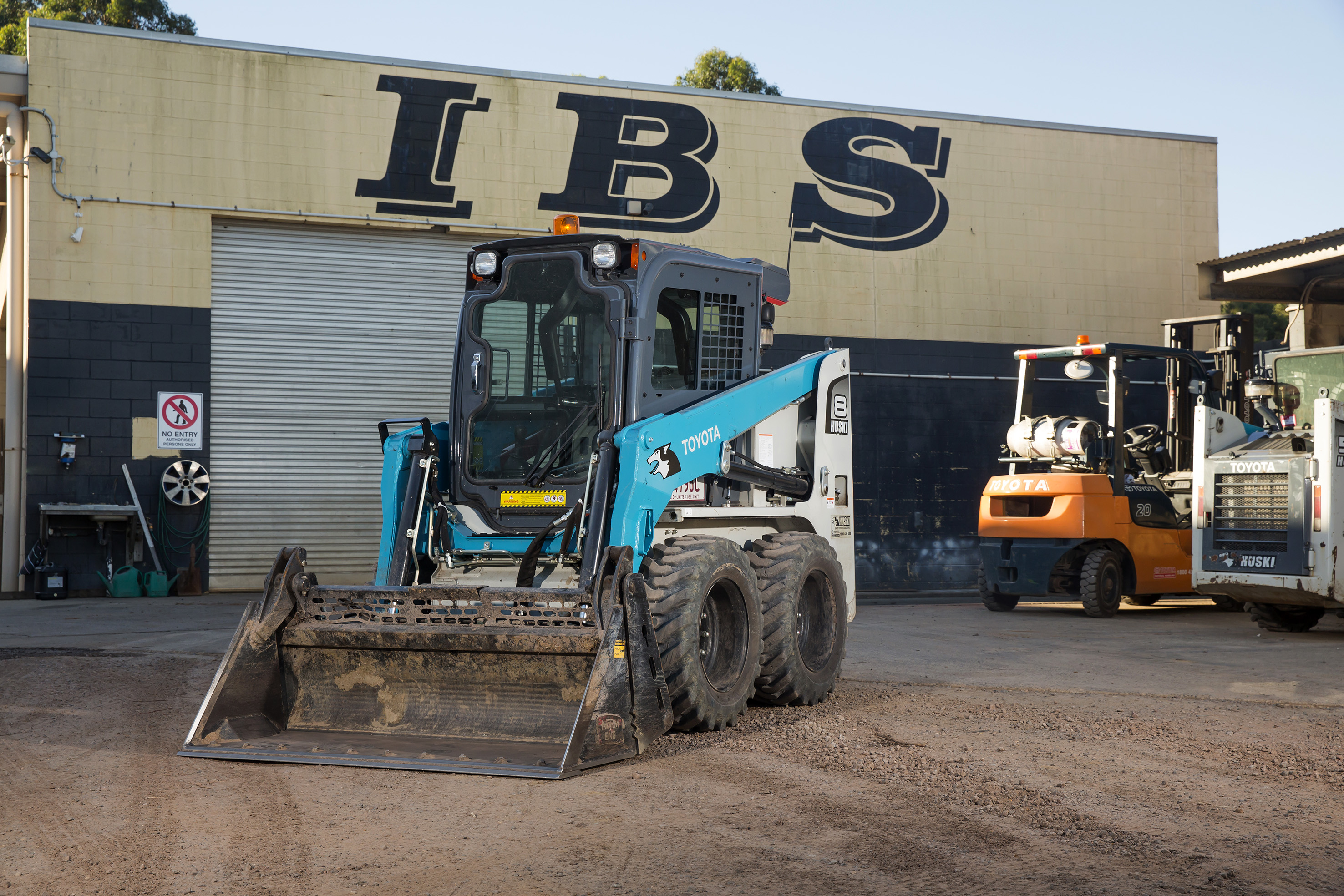