A rapidly expanding regional freight company has switched to Toyota rental forklifts so it can continue to concentrate on building the business.

In just four years Midstate Freight in Bathurst, New South Wales, has grown from one depot and one truck to four depots, 40 staff and 36 vehicles.

"We used to buy our forklifts, but (TMHA Orange branch manager) Richard Bopping showed me the benefits of leasing," he said.

"Richard has an outstanding group of mobile service technicians covering the mid-west region," he said.

"We've created a good business relationship and hope to develop that further.

"From my experience, Toyota forklifts are reliable and easy to operate; they're good, versatile machines."

Midstate had its beginnings with Mr Winwood-Smith running one truck between Bathurst and Mudgee.

"Four years on, we have four depots now in Bathurst, Dubbo, Mudgee and Orange, and there is always a TMHA service technician nearby," he said.

Mr Bopping said the Toyota 32-8FG25 is one of the most popular models in the Toyota internal-combustion forklift range, with important features such as the Toyota System of Active Stability (SAS). 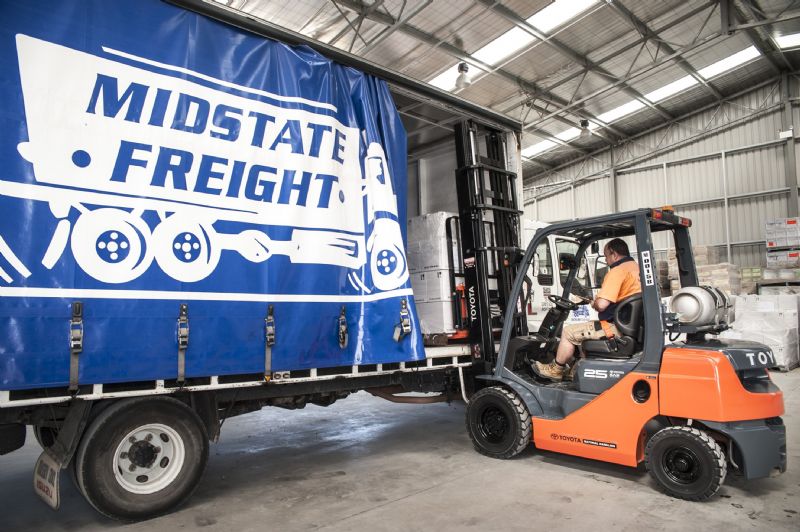