Key factors in the purchase decision were cost-effectiveness of the Toyota forklifts and the ability of the Toyota product range to meet specialist operating requirements in the plant.

"The new forklifts are 2.5 tonne, 3 tonne and 4 tonne payload models, some with bale clamps and others with roll clamps.

"Those forklifts have to operate in confined areas within the plant and fit inside the stores lift on the operating floor.
"The Toyota product range also meant we could buy battery-electric forklifts from the same supplier, to use in areas of the plant where we need to avoid a build-up of exhaust fumes."

Mr Dwyer said Toyota previously serviced the Albury mill from its TMH Queanbeyan branch, but now has service support just minutes away at the Albury/Wodonga branch - a major advantage for the 24/7 manufacturing operation.

"Toyota's counter-balance forklift range met most needs within the plant, and the full TMH product range means we could also supply the BT Lift Truck," he said.

"In addition, our branch has supplied and will service two highly specialised units for the mill."

The Norske Skog Albury mill commenced production in 1981 and ranks among the leading newsprint production facilities in the world.

Its annual production capacity of around 274,000 tonnes represents about 40 per cent of the newsprint and related grades used in Australia each year.

The mill utilises up to 35 per cent recycled fibre, which is produced in Australia's first large-scale newsprint de-inking plant at the Albury site. 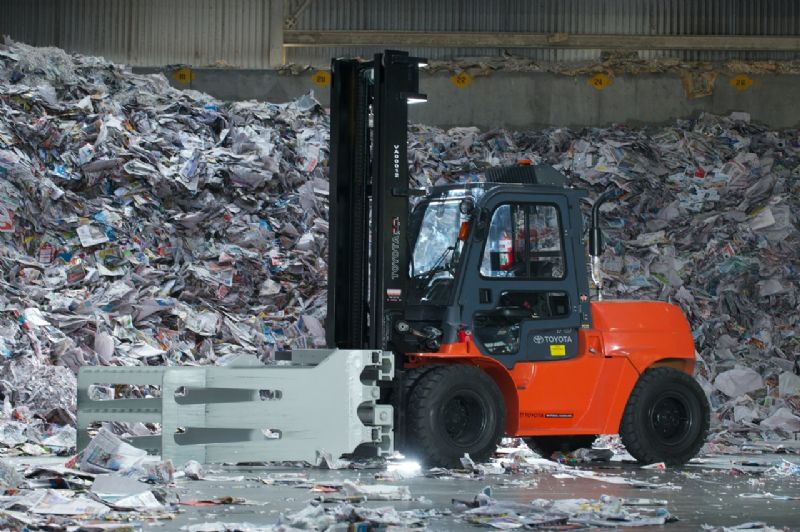 The new Toyota forklifts at the Norske Skog mill